Cuban potatoes limitedly available, at controlled prices, in some provinces

If everything goes according to the Ministry of Agriculture’s plans, in March, residents in five eastern provinces (plus Camaguey and Isla de la Juventud) will be able to buy potatoes at controlled prices. This is what Juventud Rebelde newspaper reported last week.

However, this good fortune will not be long-lived. Cuba’s State purchasing entity ACOPIO’s vice-president explained to this very same newspaper that potatoes will only be distributed in the capital, in May, June and following months.

Most people question the distribution program established by the government in this case, which prioritizes potato-producing regions and Havana, the latter because it has the “advantage of being surrounded by provinces such as Artemisa and Mayabeque.” 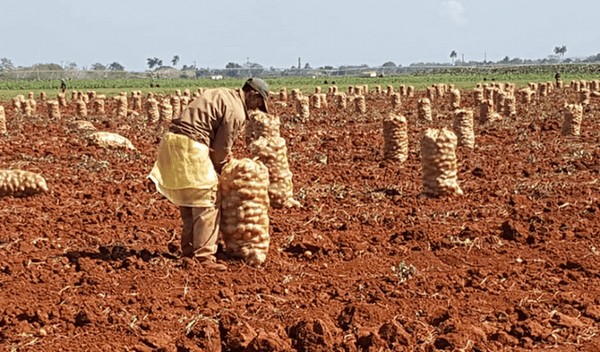 It is also alleged that, as of May, Havana residents will be the only ones in the country who will be able to eat French fries, receiving nine times the rations assigned to their fellow countrymen in the center-east of the island, between February and April; three and a half times more than residents in Pinar del Rio and Sancti Spiritus; and more than double what residents in Matanzas, Cienfuegos, Villa Clara, Ciego de Avila can expect to receive.

Setting aside the incongruity of potato distribution, it’s surprising to note that by the end of this harvest season, production will exceed the same period in 2019 by nearly 32,000 tons. Especially because this increase in yield is thanks to greater areas having been planted.