Drought expected to impact Australian pineapple growers into next season

Australian pineapple growers admit that the impact of the drought will continue to impact the fruit's crops for the next 12 months.

President of Australian Pineapples says Stephen Pace says recent rainfall has been welcome and encouraging, but with a 2-3-year crop cycle, everything in the ground for the last 12 months has felt some sort of impact.

"This will mean periods of light supply will continue in this time," he said. "Severe hailstorms in the Sunshine Coast in November directly hit six pineapple farms and damaged over half a million pineapples and plants. This impact will be felt over the next two months with the majority of fruit only making juice grade." 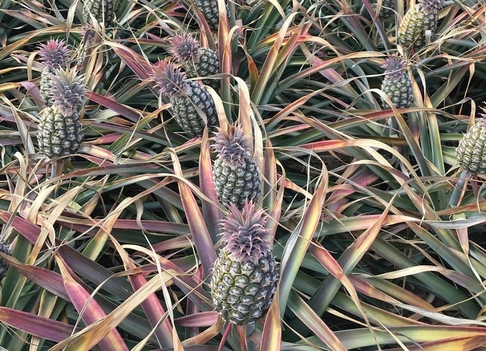 Mr Pace added that, in addition to the losses from hail, the drought delayed and depleted supply up until the New Year.

"This created short supply and correspondingly high returns for growers," Mr Pace said. "Since the first week of January, supply has increased sharply and quickly created a glut in the market causing returns to growers to fall sharply."

While only one farm in Yeppoon was directly impacted in the Queensland bushfires in November; the Brooks farm lost buildings and machinery and there was minor crop damage and also planting material destroyed.

"Thankfully the families were all okay and the majority of the crop was safe," Pure Gold Pineapples Sales Director Joe Craggs said. "While the bushfires are a major issue and an important story, the broader impacts of the ongoing drought and adverse weather are having a greater impact on the pineapple crop. The bushfires in other states have had a more significant impact on market access and overall demand. The closure of roads to WA took out 20 per cent of the market just as production was increasing. The extra supply heading to NSW, Victoria and South Australia as demand remained low due to communities dealing with the shock of the major bushfires."

Overall, production has been down for the last six months by up to 15 per cent, according to Mr Pace.

"Even though we have received good rainfall in all growing areas because pineapples are a slow-growing crop, volumes will continue to be lower than normal," he said. "This is due to reverse in the next 6 months, but the combined impact of these issues is likely to continue to maintain stable supply until at least June."

With the spread of production throughout Queensland and Northern Territory, the industry is able to supply great quality pineapples all year round.

"Demand for fresh pineapple is growing at about five per cent a year," Mr Pace said. "Supply of pineapples is consistent all year round in Australia, but demand still increases in Summer as consumers continue to make the traditional tropical/summer link."