The Rwandan National Agricultural Export Development Board (NAEB) has unveiled its newly upgraded packing house that will help the quality and safety of the nation’s produce to meet international market requirements. 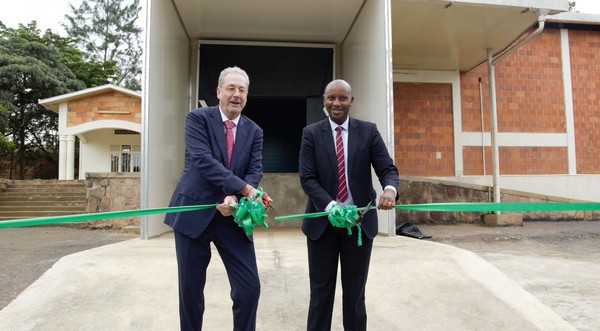 The event was officiated by the CEO of NAEB, Amb. Willian Bill Kayonga and Ton Negenman, First Secretary at the Embassy of the Kingdom of the Netherlands in Rwanda. A packing house is a facility where fresh horticulture produce such as fruits and vegetables, are received, sorted and packed before being taken to the market.

The facility is currently handling 50 to 100 tonnes of fruits and vegetables per week for export purposes.

Negenman said that it enables the private sector and a number of exporting companies to get their produce on international markets: “At this moment, exporters making use of this packing house are exporting French beans, avocados, and chili. You can see them in the packing house, and they are ending up in supermarkets in The Netherlands, they are procured by Dutch consumers.”

NAEB Horticulture packing house was initially established in 2017 with the $500,000 (about Rwf460 million) support of a World Bank project to facilitate and support the horticulture sector and preparing it for export opportunities.

From August to December 2019, the facility was upgraded with the €300,000 (about Rwf305 million) grant from HortInvest, a project funded by the Embassy of the Kingdom of the Netherlands, which promotes horticulture value chain development in Rwanda.

The upgrade increased its capacity from three cold rooms to four and enhanced its cooling efficiency and handling capacity up from 516 m3 to 700 m3.