Avo season kicks off in a wet Levubu 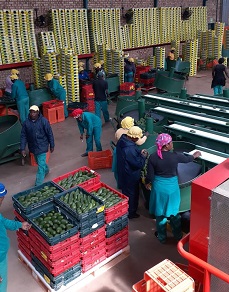 The avocado season has kicked off at Wolkberg Plase in Levubu in the Soutpansberg Mountains, not far from the border with Zimbabwe, one of the older avocado-producing areas in the country.

The avocado orchards at Wolkberg Plase are for the second year marching to its own tune: last year when the rest of the South African industry was down in volumes, they were in an up phase of the bearing cycle, and this year they are down on volumes in a year when the market is expected to be full.

After some dry years, the area has had substantial rain since February which has been of great importance to streams and water sources in the area.

“Theoretically, we’re first on the market with our avocados, starting early February and packing until the end of May,” says Annari Muller, the manager of Wolkberg Plase’s three packhouses for avos, bananas and macadamias respectively. This year the start was a bit delayed.

The South African avocado market has been very tight since the last of the previous season’s late Hass fruit from KwaZulu-Natal ended over a month ago. She notes that there are informally grown avocados from the Soutpansberg region, with unmeasured oil or moisture levels and no removal permits from Limpopo to Gauteng, that are sent to market, to take advantage of very high prices and an insatiable market, but in the process it can do reputational damage to Levubu avocados. 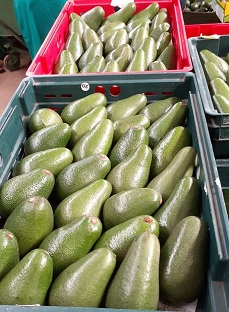 Avo exports start immediately
At Wolkberg they held back their fruit (marketed under the Avodene brand) during the beginning of February, waiting for oil and moisture levels, thus reaching market a bit later than usual.

“Usually, and unfortunately, Levubu and Tzaneen enter the market at the same time and everyone sends first to the local market because the market is so empty and early prices are so good," she says.

"So, during the first week of the new harvest the prices are fantastic but soon there’s too much fruit on the local market. For that reason we immediately start with exports, apart from supplying local ripening facilities for the supermarkets.”

Most of the avocados – through Westfalia Marketing they export around 90% of their class 1 avocados – are sent to Rungis market in France.

“The last two years have been exceptional years for us. Last year, when the rest of the industry had an off-year, our trees had an on-year, and now in 2020 we have less fruit when the market is going to be full.” 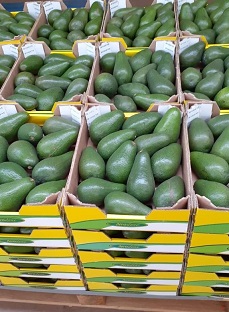 Rigorous pruning and a tough drought of several years have played a role, since their avocado orchards – well-established orchards, several decades old – haven’t traditionally been out of sync with the broad bearing pattern of South Africa’s avocados.

They grow Hass, Fuerte (pictured right) and Pinkerton, all packed in their Global GAP-certified packhouse in 4kg export cartons for larger sizes and plastic crates on smaller sizes.

They also produce Westfalia’s Mendez cultivar (marketed as Carmen Hass), which is four weeks earlier than Hass. They have started topworking established trees with Maluma scions but the process is going to take a few years as Maluma plant material is some of the most expensive currently with a waiting list of two to three years.

Their Grand Nain banana season runs from September to December and into January, when they take a bit of a breather, and restarting in February. “We harvest the bananas according to market data. Bananas are picked green and sent to ripening facilities.” The entire banana crop is for domestic consumption.

Lastly, there are macadamias, “the hen that lays the golden eggs”, she says, but for now all eyes are on avocados.