The first French organic banana variety, Pointe d’Or, was presented at SIA 2020. It took 20 years of research for CIRAD and UGPBAN to develop a non-GMO banana, a cross-breed which is untreated and naturally resistant to black Sigatoka. Grown in the French West Indies, this banana meets the French organic specifications. “What we are experiencing is a global revolution in the history of the banana. This banana is unique in the world. It is quite an adventure and I am personally emotional about the fact that we developed such an exceptional product,” explained Eric de Lucy, president of UGPBAN, during a press conference at SIA. 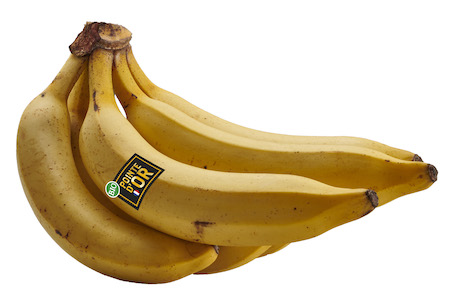 An exclusive partnership with Carrefour
Research continues post-harvest, but the Pointe d’Or banana will already be available from this week in the Carrefour BIO stores of the Ile-de-France region. “A new and constructive relationship has been established between researchers and producers, as well as with supermarkets,” explains Michel Eddi, chairman and CEO of CIRAD. “Because meeting the expectations of the consumers and creating value for the producers can only happen through an intelligent alliance with mass distribution.” 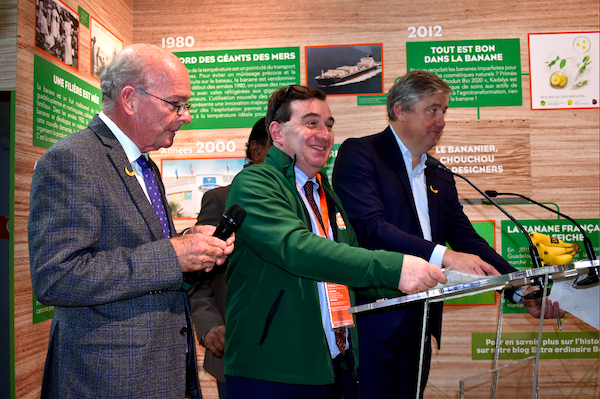 Pierre Monteux, general director of UGPBAN and Benoît Soury, Director of the Carrefour Organic Market, during the signing of the new organic banana variety from the French West Indies.

Today at Carrefour, 10% of the volumes sold in stores are organic, and 30% for the bananas. For the year 2020, the supermarket chain will have exclusive rights to the marketing of the Pointe d’Or variety. According to Xavier Martin, operational director at UGPBAN, “there is a strong commitment from Carrefour to sell the entire production, both the organic production and the one in transition.”

A variety that had to be discovered
“We cannot reason in the same way as for the Cavendish variety,” explains Tino Dambas, one of the 6 producers of Pointe d’Or, based in Guadeloupe. “The Pointe d’Or is not the same banana. It doesn’t behave the same, it is not grown or packaged in the same way.” 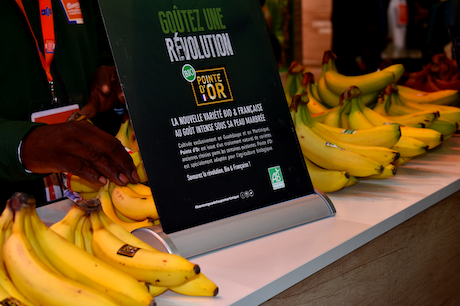 Indeed, once the variety had been created, it took several years to deploy it and test the export process, including the packaging and export conditions, as well as the ripening process. “We were faced with a number of problems which took about 5 years to solve. The Pointe d’Or was not ripening like the Cavendish, so we had to rediscover the whole export process,” explains Marcus Hery, director of the Tropical Technical Institute.

In 2019, the Pointe d’Or was tested on a large scale, with 35 hectares planted in Guadeloupe and Martinique. 1,000 tons of this new variety are expected in 2020 with the hope of reaching 2,000 tons in 2021. These volumes are confidential. Knowing that the annual banana consumption in France is around 650,000 tons, the partners claim to be very enthusiastic about this adventure and determined to put in place the means necessary for the consumer to adopt the new variety, in order to increase the production volumes. 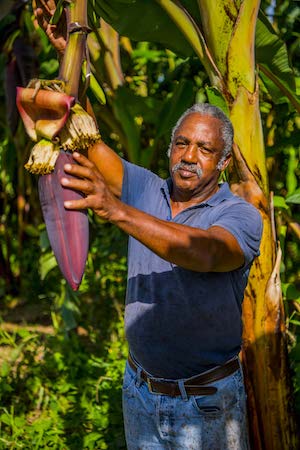 Consumers will need to be educated
The Pointe d’Or has been described as “smoother”, with a taste “that stays longer in the mouth” than for the Cavendish. However, it is also more fragile, more likely to get brown fast after handling. This characteristic could curb the customer’s enthusiasm to buy. In order to overcome this issue, Carrefour has planned to train his teams in the stores on the precautions to use when placing the product on the shelves, and to communicate and educate the consumer - with totems, animations in stores and stickers - about the variety and its differences.

Laurent Carrere, sales manager for bananas and organic products at Carrefour, also underlines the significant operational flexibility in terms of volume delivery that will be required from Carrefour. “As distributors, we are not used to this. With the Pointe d’Or, we are going to adapt completely to the production rhythm of the producer, which is rather new for a distributor.” 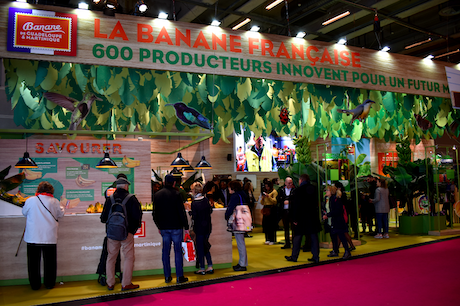