Last season, El Grupo Crespo opened Empaque Don Jorge II (EDJ II) in Ocozocoautla de Espinosa, Chiapas, or – as the locals call it – Coita. For most of the 2019 season the packhouse packed only conventional mangoes while it finished its buildout and OG certifications. This week it opened for the season, certified and packing Crespo Organic mangoes. 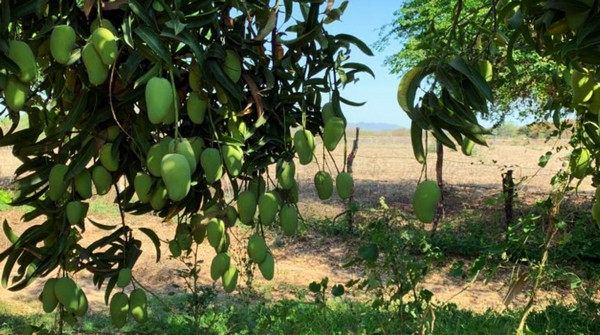 The new packhouse, (EDJ II) located near Tuxtla, in western Chiapas sits on about 2 acres of land, and the actual packhouse is about 25K ft2. Packing capacity is 4 truckloads per day. The packhouse is equipped with 4 hydrothermal tanks, 1 washing line, and 3 packing lines – one of which is fully dedicated to Crespo Organic Mangoes. Cold storage is abundant, over 130 pallet capacity.

The EDJ II packhouse is about a 4 -day drive to El Grupo Crespo’s US warehouses, RCF Nogales and RCF McAllen. During the season (February through late April), it operates six days a week; Monday through Saturday.

At peak season, the packhouse employs about 80 workers. Most workers come from the local area of Coita (Ocozocoautla) and the neighboring towns Berriozábal and Tapachula.

About two hours away, El Grupo Crespo has about 200+ hectares of organic Ataulfo and Tommy Atkins orchards that feed into this packhouse.