The Canadian Federation of Agriculture is calling on the federal government to resolve the issues with railway blockades, as it claims agriculture sits on a “tipping point” of lost revenue, lost trade, and, potentially, animal welfare issues.

This is the second major interruption to rail service in one winter, leaving the agriculture sector in a state of uncertainty and complete lack of control, adding an overwhelming amount of stress on an already stressed sector, Mary Robinson, president of CFA, has said. 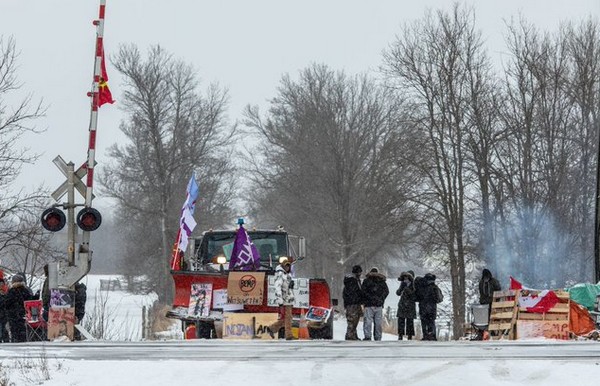 “Our livelihoods are being held hostage,” Robinson says. “A small group cannot freeze our entire transportation system.” The near-term impact is devastating for farmers and growers — with perishable products, such as fruit, vegetable … not moving — and there may be an impact on food stocks in grocery stores soon, Robinson says.

There are very real long-term impact to these rail blockades, too, she says, as Canada’s reputation as a reliable and trusted trading partner is in jeopardy.