Myanmar export losses from this year’s watermelon season have reached nearly US$50 million and according to an industry official, this year’s targets will not be met.

“Our losses have now reached about US$50 million. Muskmelons are still getting good prices to some extent, but it is a total loss for watermelons. In addition to losses from exports, cessation of exports has worsened the situation,” says U Naing Win, chair of the Myanmar Watermelon and Muskmelon Producers and Exporters Association.

In more normal times, some 500 to 600 truckloads a day cross the border to China, but now only 30 to 40 per day are doing so, and this has been going on since January 27, after the Lunar New Year, U Naing Win said.

The association is urging its members to attempt exports only after acquiring sound and thorough information from potential buyers. 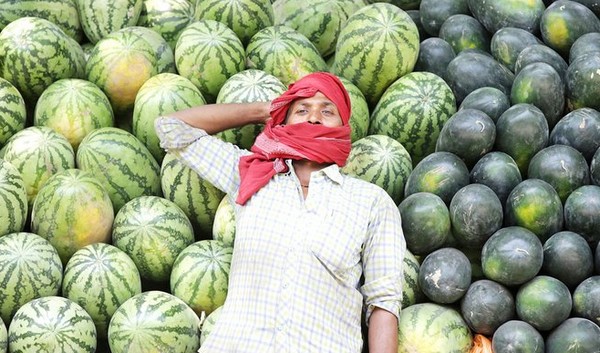 “Some growers are exporting based on guessing conditions will become better without knowing the actual situation. The revenue from sales right now merely covers the cost of transportation and growers are getting almost nothing for their crops. Growers should seek concrete information from wholesalers and brokers first,” he advised.

As explained on mmtimes.com¸the recent coronavirus breakout has affected trade between China and Myanmar along the border, with melons being especially hard hit.