"The idea is for kids to be able to use it"

Diagnosing pests and plant diseases leaves in horticultural production could soon be as easy as taking a picture with a mobile phone, following the release of a new AI Scope.

An Adelaide-based startup company, officially launched the GoMicro mini microscopes at the evokeAG. 2020 conference in Melbourne. CEO Sivam Krish says the devices were not originally intended for agriculture, but quickly discovered they would be a success.

"We stumbled upon it by accident; we have been developing the technology for kids’ education, but we soon found other applications for it, such as agriculture," he said. "So, we had a talk with the South Australian Research Institute, and they started ordering in the hundreds. When we initially provided the microscopes for farmers, they started tweeting about pests and leaf diseases and so on. When South Australia had a big fruit fly outbreak, we were also doing skin cancer diagnostics with AI, so we decided to try out the technology with fruit and achieved very high accuracies, so we switched to agriculture." 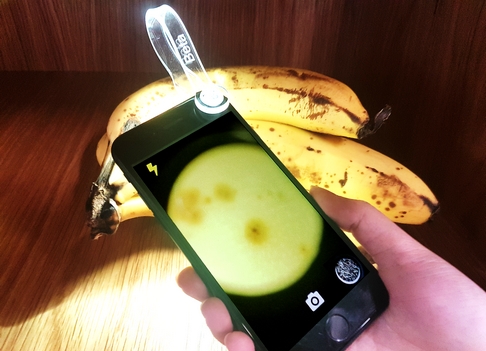 The microscopes can be used for pests, leaf diseases and mineral deficiencies, as well as food quality. Mr Krish says one of the advantages of the devices is that it provides "uniform studio lighting", making it easy for the AI engine to train with only to 40-50 images. Typically thousands of images need to achieve high accuracies.

"The idea is for kids to be able to use it," Mr Krish said. "So, we can give this to kids and they can go out and find the crazy ant, or marmorated stink bug, or anything else like that. AI empowers people without skills and knowledge to be able to have very high levels of ability to detect. Family farmers and agronomists are going to be our main users, but technically anyone can use it. It's putting AI in the hands of anybody." 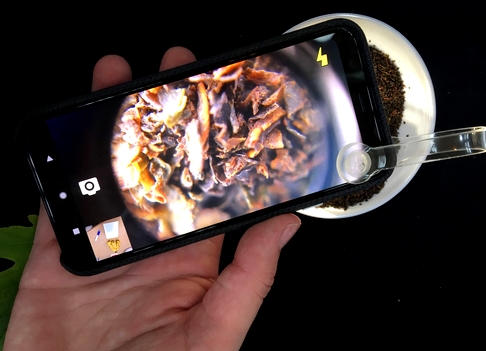 Dr Krish added that the AI Scopes can be used with any phone, iPad or tablets, and the main feature is to capture the device's flashlight to create the perfect lighting environment for AI analysis- that can be portable.

"What happens in AI is that a lot of companies have 95-98 per cent accuracy - that is true, but only in a lab," he said. "What we have done with our device is created lab-like conditions that can be used on any phone. That's how it becomes a field device. Other apps have very low accuracies, of 60-70 per cent - we know that 50 per cent is a random choice - and not really useful. So, by creating lab-like lighting conditions, we can deliver quality images to the AI and we are hitting accuracies well beyond the 90 per cent." 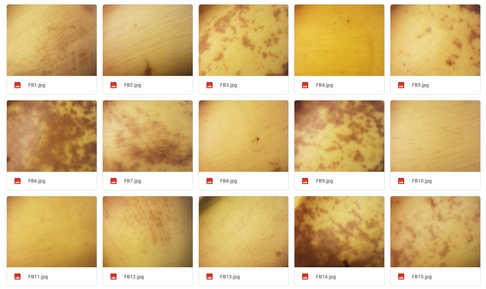 One of the more recent research projects involved training the AI system using real produce to not only pick up damage to the fruit but improve quality.

"If you keep a banana in the fridge for three days, as opposed to out in the sun, the AI can tell the difference between the two," Mr Krish said. "The same thing with applications with blueberries. It is very difficult to tell the difference between blueberries by eye, so we are beginning to catch things that even the human eye cannot - magnification helps. In mangoes, we know that there is a correlation between fruit ripeness and colour. One of the features of the microscope is that it blocks out external light, which allows us to measure colour accurately." 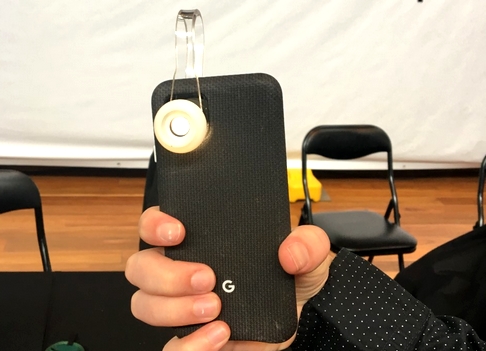 Go Micro intends to continue to build its database of as many forms of leaf disease, mineral deficiency and pests that exist in the horticulture industry, so the AI can pick up the differences between the various strains and species.

"The microscope and app are already there on our website, but further AI apps will be released as we develop them," Dr Krish said. "We would like all farmers to benefit from this because this gives them the ability of self-detection. Farmers who are getting older, find their eyesight is gradually reducing. This is something that gives the farmers confidence, and even the ability to enumerate, especially during ripening."

An online demo of fruit assessments is at demo.gomicro.co