"We are at the forefront in herbs, baby leaf salad and micro greens"

“It is important to stay at the forefront of global food trends. That is why we think it is vital to innovate in herbs, baby leaf salad and micro greens; an upward trend,” says Pablo Zapatería, Sales and Development Manager for Spain and France of CN Seeds. 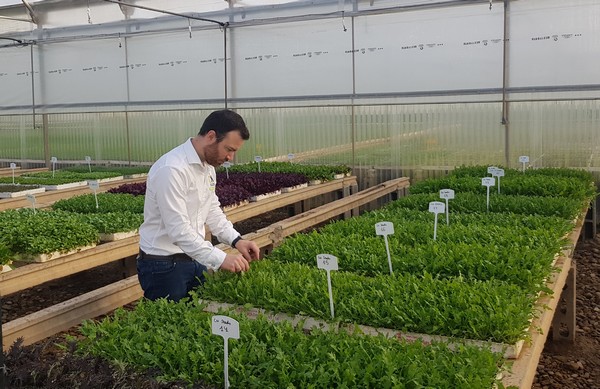 “Some well-established products in the United States are just starting to be introduced in Europe. It is true that the introduction of new varieties is hard work. The process involves research and development, with many rigorous tests and thorough and adequate observation. In the case of mildew-resistant basil, the best is only just starting. We have finished the testing phase and we are launching the product with very positive feedback,” says Pablo.

During the open days organised by CN Seeds in Torrepacheco, Murcia, last week, many visitors appreciated the results. “February is an ideal month. We welcomed Italian, Polish, French, Norwegian, German, Portuguese and many other visitors.

Mildew-resistant basil
However, Pablo says that mildew-resistant basil remains the flagship seed, together with the arugula varieties. “Basil is gaining ground at all levels, not only because it is resistant to mildew, but also due to its higher yield. During the Fruit Logistica fair in Berlin, it aroused so much interest that we realised already in the first day that our stand would run out of basil plants. On the third day, we only had two left,” says Pablo. 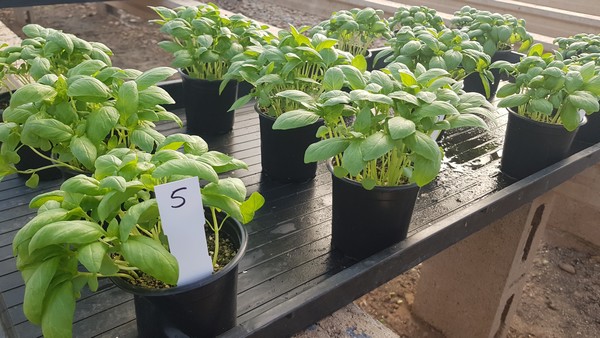 Herbs for innovative cuisine and nutritious micro greens
“We have more than 70 varieties of aromatic herbs, including coriander and dill, whose popularity is on the rise. It is a fact that herbs are increasingly trendy,” says Pablo. Also, crops that are still almost unknown, such as chives, are gradually gaining ground,” he says.

“As for micro greens, we currently have more than 150 varieties. The range features innovative colours and flavours that are in high demand in new markets. In Spain, they are not yet well-known, although they are already popular in haute cuisine, and we hope that gastronomic trends will gradually bring them to people’s homes,” says Pablo Zapatería. 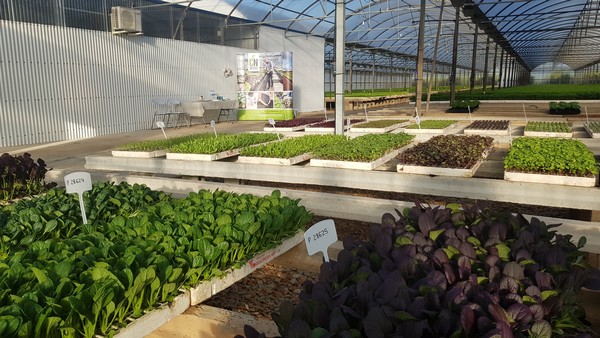 “Let's not forget that the cotyledon consumed from the seeds has 10 times the nutrients of an adult plant. This makes them a very healthy option for current consumers,” says the Sales and Development Manager for Spain and France.

Demand boosted by fresh cut range
“The new arugula lines include varieties that cover both the winter and summer campaigns. This is important, given the high demand for fresh cut products, with Spain being one of the largest suppliers of bagged salads,” said Pablo.

"The demand for these seeds is growing exponentially thanks to the fresh cut range; therefore, producers are choosing seeds with resistances to diseases and pests," says Pablo Zapatería. 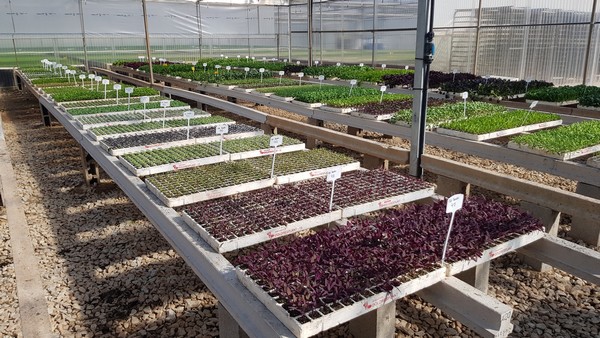 Spain, an exporter of herbs and basil
“We are producing in Valencia, Murcia, Alicante, Almeria, etc. Let's not forget that Spain is still the ideal place for growing herbs, baby leaves and micro greens. In fact, the Canary Islands is one of the largest international exporters of basil,” says Pablo.

CN Seeds is a company of British origin with plenty of experience in research and development thanks to its partnership with prestigious universities and institutions. According to Pablo, this is not a coincidence: “The United Kingdom has an active, innovative and reactive entrepreneurial mentality. Also, gastronomically speaking, it has a culture in which novelty is the norm, and this extends to other cultures and markets that are looking for new trends,” says Pablo Zapatería. 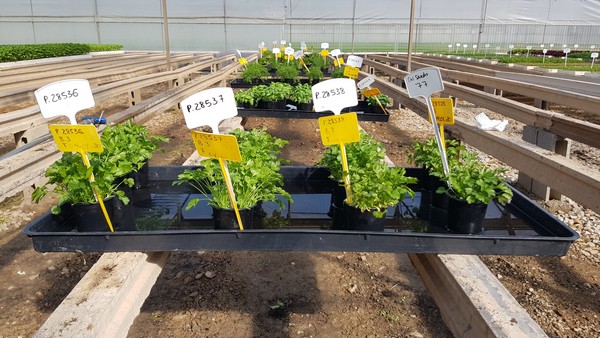 CN Seeds is a specialist seed company based in Cambridgeshire, United Kingdom. It is an international market leader in Herbs, Baby Leaf Salad, Oriental Vegetables specially Pak Choi and Microgreens developing elite varieties. Despite being a family business without shareholders, it has achieved tremendous growth in recent years.

Its obtainment of seeds adapted to the strict demands of the current market means that it exports more than 65% of its seeds to Europe and the rest of the world, with Spain being a market with great demand. 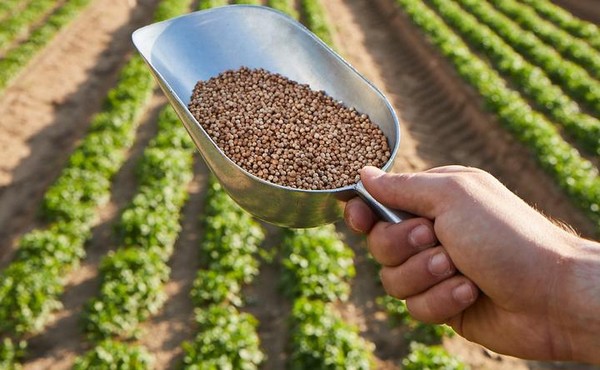