The unprecedented fires that have ravaged more than one third of Kangaroo Island are of particular concern for its members, stakeholders and their families. In response to these horrific bushfires on the Island, Potatoes South Australia has come up with some very practical assistance.

Kangaroo Island producers are significant contributors to the Australian Potato Industry due to the Island's stringent biosecurity protocols. South Australia (mainland) is Australia's largest producer of certified seed (27 per cent) and the island produces 16 per cent independently of that.

Last month, all seed-producing properties were damaged with some completely destroyed. The asset remaining from this devastation is what is underground - seed potatoes; the beginning of generations of some of the highest quality potatoes in the world. However, hundreds of bio-secure wooden bins were burnt. 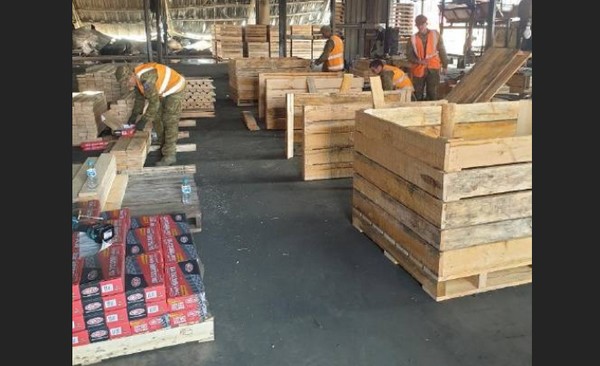 "We knew that bins for harvest were top priority and we wanted to help in a practical way," said Robbie Davis, CEO. The Association decided to provide 500 new bins to the producers on the island and contracted CMTP, an Australian company specialising in movability and protection packaging systems.

General manager in South Australia, Troy Smith provided a special price and personnel to assist with this assembly in collaboration with the producers. Transport was the next hurdle and Mr Jamie Roberts MD JBR Transport and a former Director of the Association, offered to transport the bins from Edinburgh, South Australia, to the SeaLink ferry and then Primary Industries and Regions South Australia (PIRSA) offered to pay the ferry charges.

"The generosity of JBR Transport and CMTP is extraordinary and we are very grateful. Together we will enable financial return to the seed producers and benefit to the whole industry, not just in South Australia but nationally. We are also delighted that PIRSA has assisted the industry as a part of its massive recovery effort", Ms Davis added.

According to theislanderonline.com.au, there is no doubt that harvest would not have been possible without this critical assistance.