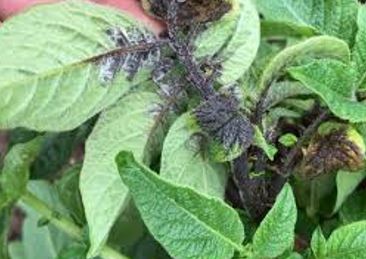 Late blight, caused by Phytophthora infestans, is the most devastating potato disease worldwide and results in catastrophic production losses. Reactive oxygen species (ROS) are signal molecules utilized at the early stage of plant immunity. Specifically, anionic peroxidases are reported to be involved in many plants’ defense systems.

Scientists at Laboratory of Potato Biology and Biotechnology of Ministry of Agriculture and Rural Affairs in Wuhan (China) report that StPOPA, a gene encoding a suberization-associated anionic peroxidase, was induced by P. infestans infection, mechanical damage, as well as jasmonic acid and ethylene treatments.

"Overexpression of StPOPA gene in potato enhanced potato resistance against P. infestans by promoting the accumulation of callose in the cell wall and ROS in the cytoplasm, and then the callose and ROS restricted the infection and spreading of the disease possibly by purposeful programmed cell death - say scientists - Our results suggest that StPOPA plays a positive role in potato resistance to immunochallenge, and this gene could be used for the genetic improvement of resistance against potato late blight".