In terms of volume, the Chilean grape season is close to being half-way done, though some of the high-volume varieties such as the Red Globes and Crimsons are still to be harvested. Overall, the season has been tricky and the expectations for the coming few weeks are high volumes and low pricing for the red grapes. 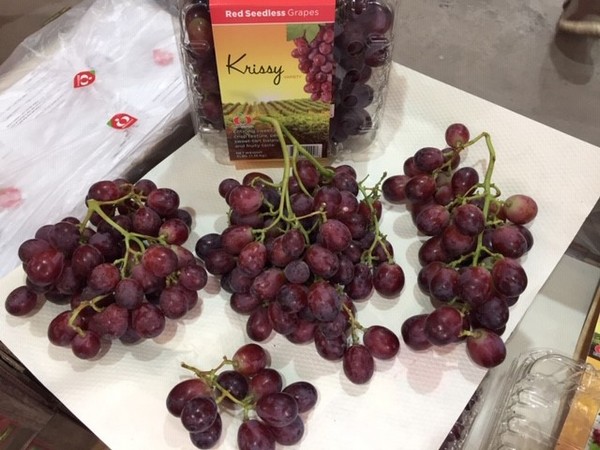 Green grapes all harvested, high volumes of red expected
Nicolas Damm of Río Blanco says: “We are currently about 80% done with the new red varieties, and completely finished with the green varieties. Compared with last season, this season has been a lot more complicated. We started off with really high expectations but the reality has been different. The markets haven’t been behaving as they usually do, and in the coming two weeks, at present, all the growing areas will be in their harvest at the same time. This will mean that the US market will be hit with high volumes in the next four weeks and we’ll be seeing the low end of the market during this time.”

The green grapes have been in low supply this season, and this has been the case for Río Blanco too, shares Damm. “This is because there have been some heat waves which have affected the production, but also because the overall sizing is smaller than it usually is and this means that less boxes will be filled in the end. For us, the shortage is mainly for the Thompsons.”

New plantings affect current volumes
As the growers in Chile work on switching over from the traditional varieties to the new IP varieties, the volumes have been affected as the new plantings are coming into production.  “In the last years, the reds have been coming into production more than the green varieties. Timco, Allison, Magenta, Krissy, Sweet Celebrations and Jack Salute mainly. There are also still quite a few Crimsons left, which adds to this peak of red we are now seeing,” says Damm.

He adds: “Only a few of the new green varieties have fully come into production so far, such as the Arra 15, so we don’t have huge volumes of green grapes available yet. We are also expecting to see a strong drop in the Thompsons in the final figures of this season because a lot of Thompson orchards are being cut down.”

Unstable market for Green Seedless this season
The Californian supplies ended up as estimated, with the green supplies finishing at the end of December and the reds finishing in the first week of January. “We had high expectations for the start of the season but both Chile and Peru sent weak fruit with some condition issues which affected the sales. There were high prices in the market, and this was combined with quality issues, so the overall movement was slow. So, up until now the red market has been a lot more stable than the green market,” shares Damm.

“In a regularly supplied market like the grape market, there just isn’t space for weak fruit or low quality. And in the beginning of the season, the general quality was not what it should be for the early fruit, and there was fruit with low brix. This affected the market for the Green Seedless,” says Damm. 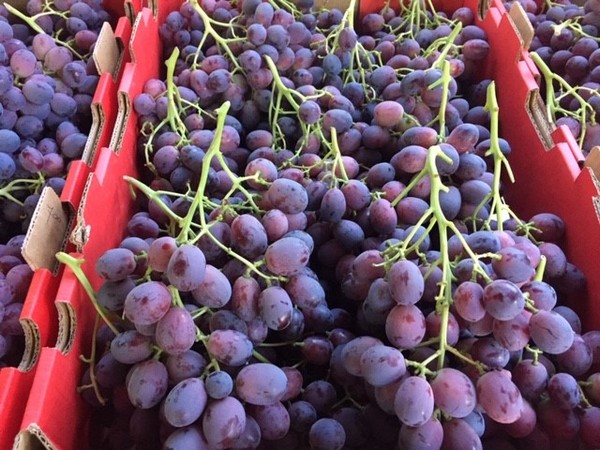 Impact of the coronavirus
Chile exports good volumes of red globes to China, and the Chinese demand and pricing for these is makes it a very attractive market. With the uncertainties surrounding the market now that the coronavirus has become an important issue, many companies are unsure of how to proceed.

Damm explains: “We aren’t sure what to send to China because it’s risky to send product. We don’t want to sacrifice this market because it’s very important to us, and redirecting this fruit to the US could cause other issues. But, each export company will have to make a decision of how much risk to take by going to the Chinese market. We fortunately haven’t had any issues for now, but with the big volumes of these varieties entering the market, we’ll have to make a decision soon.

Start of pomegranate season
Río Blanco’s pomegranate season is kicking off now and they report a positive outlook. “The US season has finished and we will likely see a good start to our season with new varieties of high color. We have been feeling a good demand for the Wonderful and we hope this will continue,” Damm concludes.