Abundance of Mexican avocados in the market

There are more than ample supplies of avocados in the North American market right now.

“This year’s crop versus last year’s, we are about 20 percent ahead in harvest volume so far,” says Keith Slattery of Stonehill Produce Inc. in Capistrano Beach, Ca. “And between now and the end of June, we have about 80,000 tons more than last year still to go.”

Overall, Slattery says that Mexico, which is the U.S. market’s dominant supplier with some 96 percent of the on-hand industry inventory, is currently harvesting at the 2000 elevation. (Elevations run from 1400-2600 with most of the crop falling between 1800-2200.) Additional supply sources include California, which provides some three percent of the volume and other countries, including Peru, at one percent.

“After mid-March, Mexico will account for a declining share of available supply as California and Peru start to increase volumes into the U.S. market,” says Slattery, adding that monitoring harvest numbers will be key to respond to the rate at which growers are willing to move the Mexican crop.

In terms of supplies, heavy-to-smaller fruit--size 60 and smaller--is making up 55 percent of the inventory. “Appearance quality is heavy to #2s this year with more than 20 percent packout of #2s,” says Slattery.

Demand slipping
Demand for avocados has slipped over the last few weeks as retailers watched replacement costs for large fruit spike $20/carton,” says Slattery. “Prior commitments went unfulfilled and those not willing to renegotiate program business were left behind.”

This was evident after numerous weeks of steady pricing and good supply. But demand has recently dropped from the low 50 million lbs./week to the low 40 million lbs./week. “Even without large promotional events like Super Bowl and March Madness, avocados will continue to move briskly out of American supermarkets,” says Slattery. “The challenge is to develop promotional strategies around this “year-round” opportunity made possible by the incredible growth in consumer demand over the past decade.”

As for pricing, it has picked up recently. “With one bold stroke last week, Mexican growers seized an opportunity to strengthen their position by raising asking prices,” says Slattery. “They followed through this week to garner a near 50 percent gain in the price paid for their fruit.” For example, on a select pick- 48’s and larger, packers are paying 60 pesos/kilo (ppk), which is a significant increase from just over 40 ppk two weeks ago. 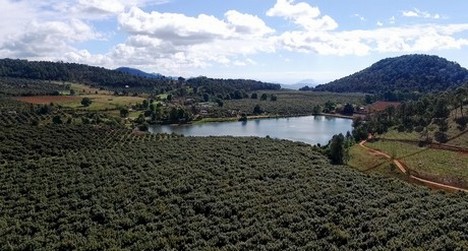 Problems ahead?
Looking ahead, there are potential concerns looming. “Despite recent price gains, there may be trouble forming since more than 40 percent of Mexico’s 2020 crop is still hanging on the trees,” says Slattery. “Couple that with broad support for the 60-peso mark and the likelihood of a week-to-week supply overrun is high. Once again, the key will be monitoring the harvest numbers daily.”

On the positive side though, Slattery anticipates retail confidence coming back this spring as the abundance of fruit remaining to be harvested from Mexico’s 2020 crop becomes clear.

“And we can expect volume to increase out of California over the next month,” Slattery says. “We could see California inventory land between 15-20 percent of total on hand industry inventory by mid-March.”

Meanwhile, Peruvian fruit will arrive in late April to early May.