First organic pears from Argentina about to arrive in the US

This week, the season’s first organic pears from Argentina will arrive into the US. “We have a couple containers of Bartletts on the water with half of the volume arriving into Philadelphia and the other half into Long Beach, CA,” says Paul McCaffrey with Viva Tierra Organic. “As of next week, we will see the big volume from Argentina coming in.” The country is looking forward to a great quality season with sizes ranging from 70s to 90s. From warehouses in Philly and Long Beach, the pears will be distributed across the country. 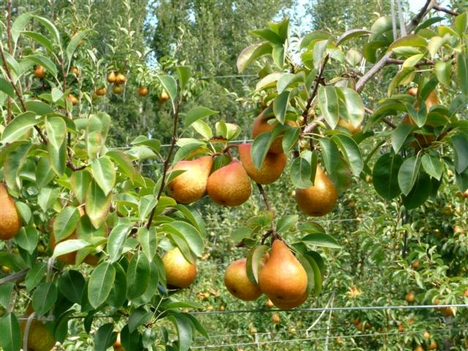 Strong European market
“Argentina does a great job of growing organic pears and as a result, all our import pears are from there,” mentioned McCaffrey. This year, the volume into the US is a bit down due to a stronger European market. “Business in Europe is better and as a result, more volume goes that way,” he added. With smaller volumes being available for the US market, consumers can expect to see a higher price point.

Unique varieties
Argentina’s pear season runs from late February until mid-August with Bartletts making up most of the tonnage, followed by D’Anjou and Bosc. In addition to the more traditional pear varieties, Viva Tierra also brings in a couple of artisanal varieties from the South American country. Abate Fetel is a long, narrow pear that’s available between March and July. Alexander Lucas has the same window of availability, but it is a short and stocky green pear while Durondeau is a small golden heirloom variety that’s only available in March and April.

These niche varieties do well at organic stores such as Wholefoods but are also popular with regional chains and small mom & pop stores. “Artisanal varieties are unique as they offer a color break and/or size break from the more common pear varieties and are visually appealing.” 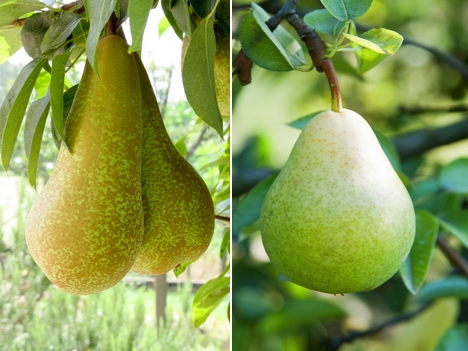 Packaging follows the seasons
Viva Tierra has been specializing in organics for over 30 years. Last year, the company did a re-brand and updated its packaging. “The idea behind our new Organic to the Core packaging is to follow the different seasons with the packaging containing more information on the sourcing region,” McCaffrey said. Viva Tierra sources its pears from Washington in fall and winter. The South American season runs for about five months until the California season starts in July. These three sourcing regions allow for year-round supplies of organic pears. 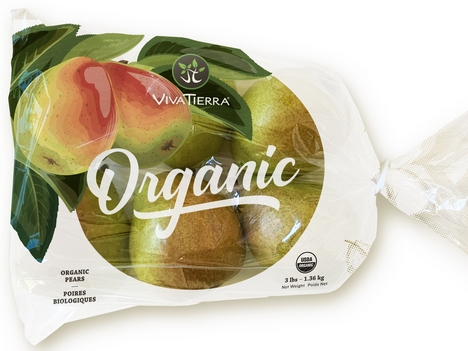