“Like most commodities, supplies of kale are good,” says Russ Widerburg of Oxnard, Ca.’s Boskovich Farms Inc. “Production on everything is good because the weather is good everywhere. There haven’t been any cold snaps or rains or anything like that.” While he says there have been some day-to-day weather issues setting things back temporarily, there hasn’t been an overall weather pattern that’s done any short-term or permanent damage to the crops. “The weather has been so good that everything is yielding well and there’s an oversupply of everything,” says Widerburg. 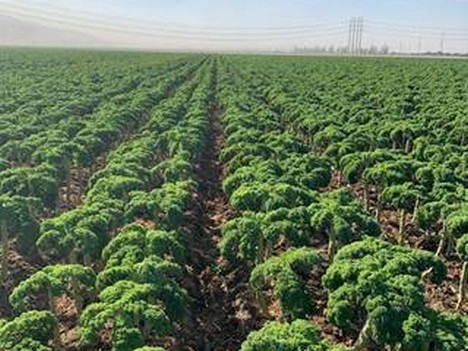 Supplies of kale for Boskovich currently come out of Mexico and some in Ventura County, although more prominent production takes place out of the latter between May to October. Meanwhile there are competing supplies from regions such as Yuma, Ariz. and Coachella Valley.

On organic kale, Boskovich’s supplies have increased annually over the last four years and it will increase again in 2020. That said, Black and Red organic kale have been in shorter supplies recently due to cooler weather and not growing as fast as the green, says Boskovich’s Darrell Beyer. “I don’t think there is less planted and that pipeline will be ready to bust once it gets warmer,” he adds.

Solid demand
Meanwhile demand is also good for kale. “It’s good because the other areas of the country i.e. Eastern and Western Canada, the Pacific Northwest, Ohio Valley, New Jersey, they all rely on kale right now from the West Coast or the Carolinas, Georgia, Florida,” says Widerburg. “They’ve had rains but there’s still some local production for those on the East Coast.”

Pricing on kale has been steady for some two months at least now. “Last year when we started in the early winter, the market was $9-$10 and then it shot up to the high teens and even the mid-20s. It pretty much leveled off and stayed around $20 for late winter-early spring,” Widerburg says. “This year it’s been $8-$10. I don’t think acreage has doubled but the volume is definitely better then last year.”

On organic kale, pricing is between $16-$18. “But the Black and Red kale have been really affected by the cooler weather which has caused some gaps. So they were as high as $24-$26,” says Beyer, noting that pricing is similar to last year at this time. “As we get some better weather I would expect the price to fall rather quickly.”

Effects of last year
In fact, last year’s high markets may be partly why this season is shaping up the way it is. “Last year was an extraordinary year. We had celery, green onions, sprouts, a lot of high-priced items,” says Widerburg. “The mentality is people take a lot of that money and put it back into the ground to grow with it and unfortunately the year after, there’s an oversupply of product. And if you don’t get any weather to offset that, you get markets like this.” 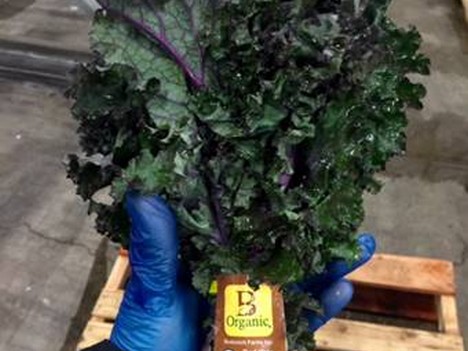 Looking ahead, Widerburg anticipates little changing in the coming weeks. “We are through the worst part of the winter in Yuma, Mexicali, etc. We might get a cold snap here or there but we’re not going to get any hard freezes,” he says. “It might get shower and rains to affect stuff day to day. But the next two weeks everything is clear.”