ToBRFV in France: the tomato sector is taking action

Since the first case of the ToBRFV virus was confirmed on Monday evening in a tomato greenhouse of the Finistère (Brittany), the various actors of the sector have been doing everything in their power to avoid a large-scale epidemic.

Reminder: what is ToBRFV?
ToBRFV (Tomato Brown Rugose Fruit Virus) affects tomatoes, peppers and chilis. The fruits present yellow and brown stains, can have malformations and an irregular ripening. The virus makes the tomatoes unsaleable, but poses no danger to humans.

ToBRFV appeared for the first time in 2014 in the Middle East. It was then reported in Mexico, the United States, Germany, Italy, the UK and the Netherlands. In October/November 2019, the virus was also detected in Spain, but the situation seems to be under control.

Gilles Bertrandias, general director of Paysans de Rougeline:
“We started taking precautionary measures last year, as soon as the risk factor existed. We limit access to farms and we have implemented procedures to disinfect people and equipment. Beforehand, we also worked with nurseries and seed companies. We request test results before planting to make sure the virus is not present in the plants or seeds.” 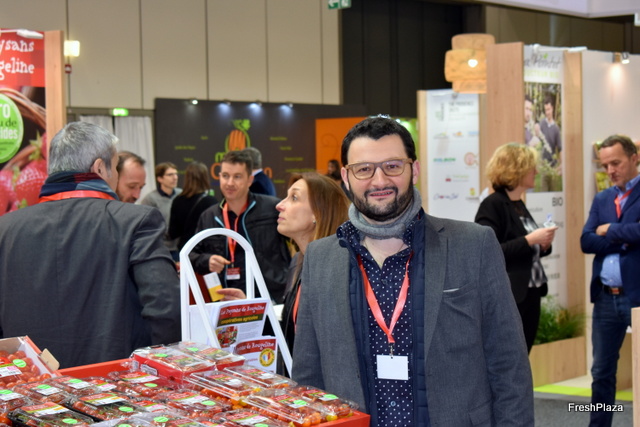 Mathilde Roger, Prince de Bretagne:
“To date, we are not aware of any contamination by the ToBRFV virus at the tomato and pepper producers of Prince de Bretagne. All sanitary measures are nevertheless being reinforced internally since the ANSES warning.” 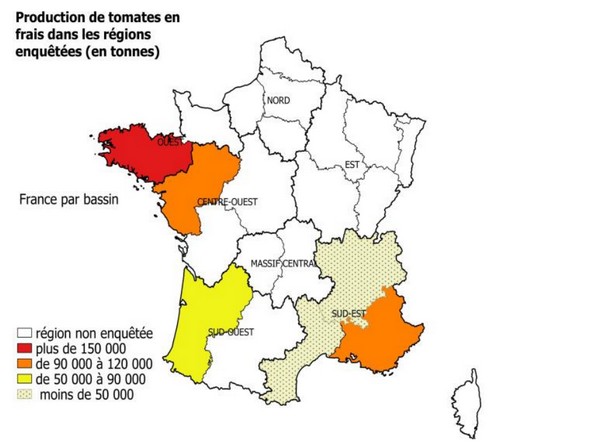 Distribution of tomato producers in France in 2018. Source: Agrestre. Brittany represents a large part of the volumes. The Savéol, Prince de Bretagne and Solarenn are the main actors in the region.

Tomatoes are the most consumed vegetable in France. Each household consumes approximately 13.9 kg per year. France produces about 712,000 tons annually.