In Barth (Mecklenburg-Western Pomerania) a large number of greenhouses are currently being demolished. The Ostsee Zeitung will tell you that these are old abandoned sites that have not been used for decades and were left to decay. Wolfgang Hahn, managing director of Gemüsebau Hahn LLC, which is located next door, had once purchased the cultivated areas - including the glass ruins on top of them, whose condition deteriorated rapidly after the hailstorm in June 2012.

This year's tomato season started at the same time as the demolition work. The planting of the rows in departments 1, 2 and 6 of the modern large greenhouses had begun punctually in the first week of February. "Already from mid-March the cucumbers - they are always the fastest. The first tomato specialties of the smaller varieties will follow by Easter at the latest, before the regular harvest season of the larger Barther vine tomatoes can begin in May," said production manager Elfi Lausch. 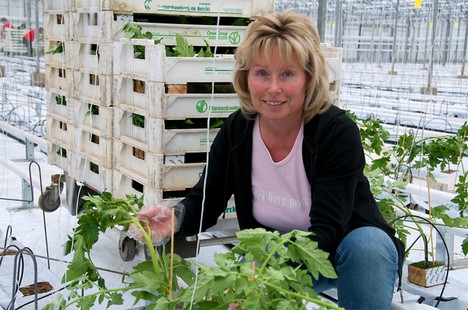 Wide range of specialities
This year's specialities included Chokostar, Kumato, Annaisa, Sweeterno, Saluoso and the Strabena strawberry tomato. In addition, there will again be salad, mini and finger cucumbers, and the existing range of vegetable peppers will be supplemented by spicy chillies. Although these are called Fireflame, it is said to be a not too hot variety.

According to managing director Wolfgang Hahn, sales of the Barther harvest to wholesalers are also guaranteed this year. The harvested vine tomatoes or cocktail tomatoes, loose in boxes or packed in trays, will be picked up fresh every day. The purchase of these specialities with their special taste will continue to be a privilege of the regional customers who appear personally at the sales stand.