"Demand for white and red cabbage is shrinking, broccoli is growing fast"

For the Dithmarschen region, the cultivation of white and red cabbage has been an important hobby for many decades. However, the demand for the "classic" North German cabbage varieties has been declining in recent years. In the course of this, Hannes Nagel knows that new paths have to be taken and other cabbage cultures added to the range. The new generation of the vegetable growing and trading company of the same name: Nagel Gemueseversand is currently in the process of gradually expanding its own cultivation of broccoli and cauliflower.

At the moment the vegetable growing and trading company is in the export season. Large quantities of red and especially white cabbage are traded weekly to Scandinavia and Eastern Europe, both for the fresh market and the industrial sector. "Producer prices have risen slightly in recent weeks, but relatively more in the favourable range. As we are currently delivering from the cold stores and therefore have to reckon with higher production costs, this price situation is not really understandable. Now we will have to wait and see how these slight price increases are reacted to," says Mr. Nagel. 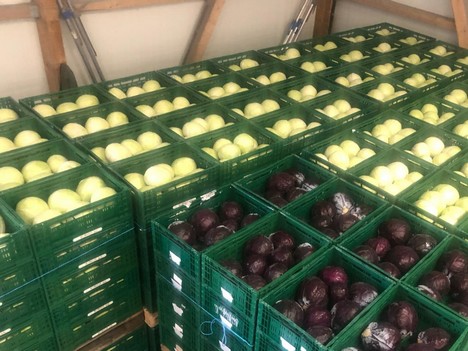 The greengrocer does not currently see any major differences between the main export markets of Scandinavia and Eastern Europe: "When it comes to cabbage, the Scandinavians prefer 6-pack cartons, while Eastern Europeans tend to demand 15- and 25-kg nets. Otherwise we can offer any type of packaging: from cardboard boxes and crates to returnable crates and nets."

The Nagel company has its own fleet of vehicles for regional delivery / Picture: Nagel Gemüseversand

Expansion of broccoli cultivation
The family business was founded about 30 years ago and has since then specialised in supplying various markets with products from its own cultivation. Red and white cabbage, savoy cabbage, cauliflower and broccoli are supplied to wholesale markets, industrial customers, wholesalers and export markets. "Over the years, we have been able to expand the area under cultivation to approx. 160 ha in our own hands and with our own marketing. We also have access to a further 40-50 ha in the immediate vicinity if required." 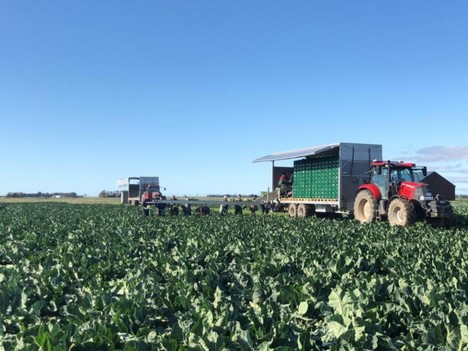 The Dithmarsch-based company has its own production area of 160 ha. / Picture: Nagel Gemüseversand

White and red cabbage have always been the most important vegetable crops in the Dithmarschen region. However, the needs of the sales markets have changed massively in recent years, confirms Nagel. Accordingly, the focus of cultivation has gradually shifted: White cabbage is still the most important crop in terms of quantity, broccoli now follows in second place: "White and red cabbage tend to be less in demand, making direct programmes with the food retail trade almost impossible, because the market is simply saturated. Meanwhile, broccoli in particular is rapidly gaining in importance, which is why we are gradually expanding the area under cultivation."