There's much talk about the opportunities in the Azerbaijan industry - but what's it like trying to take these opportunities? Back in 2012 the Azerbaijan company WeGrow established a 10 ha tomato greenhouse. Ilyas Ahmadov explains how the company has been expanding ever since. One of their most recent introductions are blueberries. 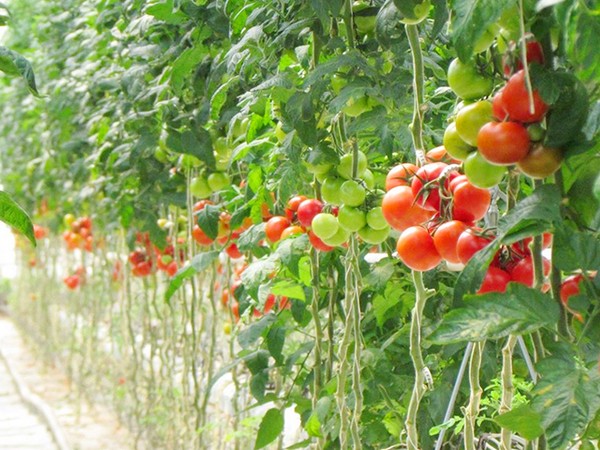 On about 60 kilometer from the Azerbaijan capital Baku the greenhouse Zira Agro is located. The 10 ha farm was established in 2012 and is part of the WeGrow group. Depending on the type of tomato they grow, vine, beef or cherry plum tomatoes, they harvest about 35-40 kg of tomatoes annually, making them one of the leaders in the Azerbaijan tomato industry. Currently Zira Agro is exporting to 3 countries, and has sales channels in more than 10 cities of Russia and Ukraine. 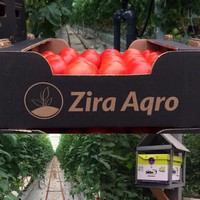 "Zira Agro was established in 2012 and after two successful years of operation, WeGrow decided to establish a 4 ha greenhouse in Russia in 2014," says Ilyas. "In "Tomatosphere' in Russia, we grow vine, beef and cherry plum tomatoes on another 4 ha. This way we can keep our customers year round, since we cannot produce tomatoes in summer in Azerbaijan due to the weather conditions and the export prices. But we want to help our growers out 365 days per year."

Blueberries
When the growers became used to the tomato crops, they decided to look into other crops to diversify their assortment. They decided to go for non-traditional crops, that were never grown in Azerbaijan.

According to Ilyas, the climatic conditions in Azerbaijan are unique, making it possible to grow a wide range of crops. "We have 9 to 11 climate zones here and that means we can grow almost anything. All we need is passion and belief."

Those two characteristics drove them to start investigating blueberry production. After a year of investigation they started testing blueberries in Azerbaijan, under the project name "Berry Blues" 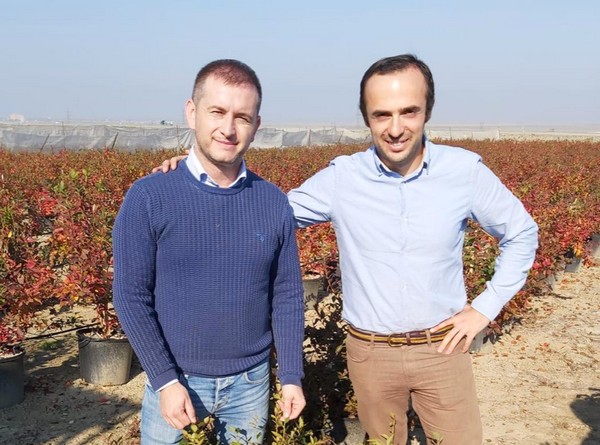 Challenges in growing
"We faced a lot of challenges", Ilyas confesses honestly and summarizes how a lack of knowledge, a total absence of the crop in Azerbaijan, infrastructural problems and skilled labour problems had to be overcome in order to succeed. "To tackle all of these issues we set our milestones, it was based on gathering as much data as possible so we can set filters to get to the ideal point of growth."

The team tested 26 varieties to see which adapts best in the Azerbaijan environment. "Moreover we had to keep it up to the standards of Global Gap, and Organic production standards. Therefore we tested various possible irrigation methods, growing cultures (soil, pot, substrate) and management techniques, as it was the first open field production for us." 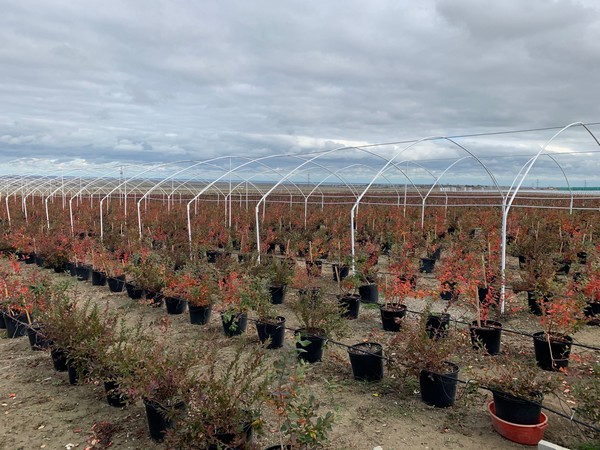 In order to do so, Berry Blues is cooperating with leading producers and suppliers in the sphere of blueberry production. "The universities in leading European countries share their knowledge with us and we've greatly benefited from the knowledge of Mr Ratemales. We gained a lot of knowledge from him."

Still, in the blueberry world there is not much literature or practical knowledge, as every information specifically suitable for that certain conditions; therefore, we had to make our own conclusions and design our own ways of management"

Blueberry has to be grown in pots which makes it more difficult and costly in Azerbaijan: as they don't have lower pH soils, they have to be more precise in their irrigation and pH levels. "We had more than 50 failures in our tests", Ilyas laughs - something he can do now he knows the result of the trials was a success. "Currently all data got shrink into several steps that Berry Blues took and made a 30 ha successful blueberry production in Siyazan region of Azerbaijan." 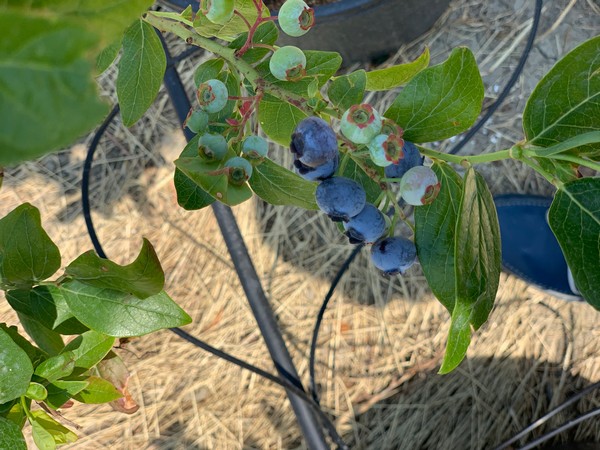 Market demands
After the team succeeded in growing blueberries, the next hurdle was marketing them. Again since the crop was a novelty for the Azerbaijan market, the demand had to be created. "Through our public relations channels we reach our customers, mostly provide them with information about the beneficial side of blueberries to human health, such as the low fructose levels and the high nutritional values. Then of course blueberries are the number 1 antioxidant food with a high concentration anthocyanins: more than 8.4 ppm." By now more and more people learn that blueberries might not be the cheapest product in the market, mainly due to the productivity and the expenses of the production. "But it is cheaper than the junk food we eat."

Most of the produce from the Berry Blues project are currently being exported. "With WeGrow we have an expertise in exporting - since for example 92% of our the tomatoes of Zira Agro are being exported as well. Via this network we can reach customers in surrounding countries such as Russia and Middle East."

Azerbaijan
The Azerbaijan market is named as one of the big growth markets for the future horticultural and agricultural industry. Ilyas and the team with WeGrow are delighted to share the information about the reforms in Agricultural sector of Azerbaijan "It attracts investors and makes the business climate more favourable for local and foreign investors", he confirms. "WeGrow itself has foreign investors in other of our projects."

For example currently the government provides subsidies during the project and production phase. "Moreover, they directly subsidise 40% of irrigation purchase, and provide loans with very low interest rates. Other major benefits are related to tax, where the investor is not obliged to pay VAT and is excused customs duties for 7 years. This helps us to grow more cultivars, and to grow as a team."