Apples exported to Turkey and Saudi Arabia are shipped from Trieste

In 2019, Trieste was the leading port in Italy handling 62 million tons plus 4 million tons of goods from the Monfalcone branch. These figures also include fresh produce. As for vegetables, the total produce handled in 2019 was 60,992 tons, with potatoes leading the way with 26,811 tons (mainly imports from Egypt). 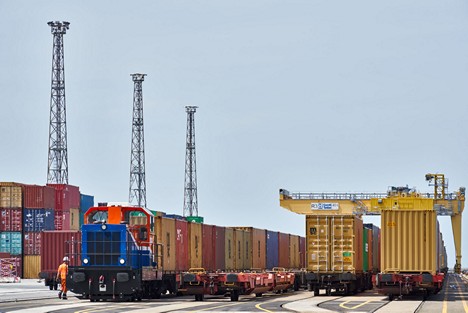 "Container traffic was more dynamic reaching 790,000 TEUs, i.e. +9% compared than 2018. It is a record for the port as well as the highest increase among all sectors. Railway traffic also strengthened reaching 10,000 trains and 210,000 trucks taken away from the street," reports the Port Authority.

"As for the trains, the results achieved over the past few years have been extremely encouraging when it comes to both performance, with figures doubling between 2014 and today (5,000 to 10,000 trains), and future investments in the railway sector, which amount to €200 million. Now the time has come for future challenges. The Campo Marzio building site was set up in 2019 and bigger projects will start in 2020."

"In the container segment, 56% of the traffic passing through Trieste in 2019 used the railway network. This share is increasing and already exceeds what established by the EU as an objective for 2050 (50%). Railway traffic is also becoming relevant when it comes to the motorways of the sea: 29% of all trucks embarked or disembarked in Trieste (mostly to/from Turkey) in the past year were transferred by train"