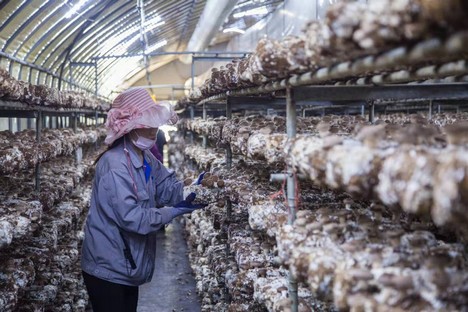 "Our main export markets are in East Asia, North America, and Europe. We have an annual export volume of 50 million mushroom sticks. East Asia and North America have long traditions of mushroom cuisine, so these are our most active markets. We are currently trying to develop the European market. We exported 2 million mushroom sticks to Europe last year. This year we expect to export 4.5 million sticks to Europe. The current price in the European market, based on the cost price of raw materials, is around 1.2 Euro per mushroom stick." 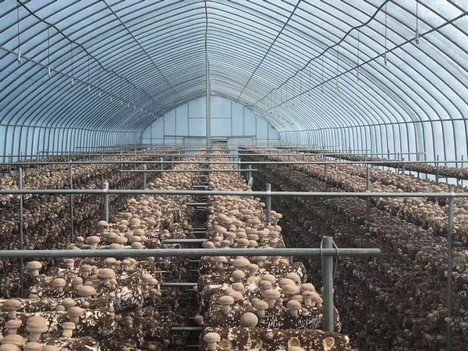 The shiitake mushroom is a tree mushroom and, unlike the common champignon mushroom, it is grown on tree logs. European countries like the Netherlands mainly use artificial growing environments such as plastic baskets.

Manager Sun explained the differences between the traditional method and modern methods: "The shiitake mushroom sticks produce around 30% more than the plastic baskets. Furthermore, the growing period is around 7-8 days shorter. In addition, the flavor of traditionally-grown shiitake mushrooms is better and the level of nutrients is higher. The traditional mushroom stick method is not only used by large-scale companies in North America, but many consumers also purchase them directly to grow mushrooms at home." 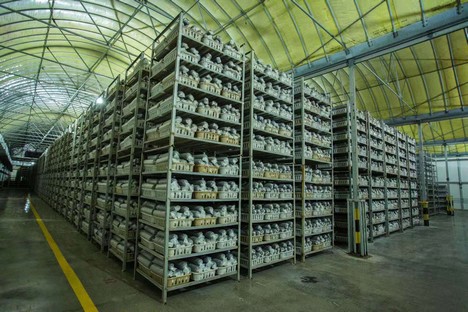