Supplies of organic cauliflower out of California’s desert region are good.

“The weather in the desert is very amenable—it’s not too hot or too cold. So supplies should be steady for the next little bit,” says Stefan Misse of Discovery Organics based in Vancouver, Canada. “It’s a good time right now for cauliflower out of the desert.”

Misse notes that volume is similar to last year at this time. “There’s only a limited amount of growing space in the El Centro area and most growers know what they’re going to sell and try not to plant too much more than that,” says Misse. 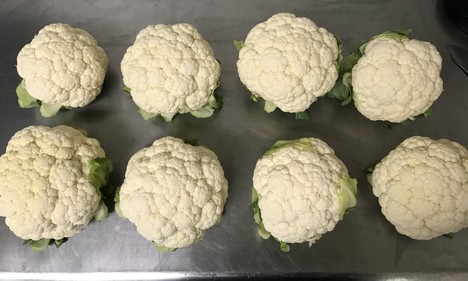 Growing demand
Meanwhile, organic cauliflower is continuing to see strong demand this year as it has for the past few years. “I don’t see that changing. In the past couple of years, it’s definitely been a commodity that’s on people’s radar a bit more,” says Misse. “It’s being looked at as a potential processing commodity rather than a fresh-cut item all the time.”

As far as pricing, Misse has in fact moved towards a more Fair trade or contract-type pricing with its growers. “We’re trying to emulate a Fair trade or contract model rather than leaving a grower working with commodities on a speculative market,” he says. This means working ahead with growers to determine the sales volumes for a quarter for example and in turn, the grower will look at production costs and determine a fair for-profit cost. “Then when the market fluxes, we have consistent pricing and they have consistent volume and it evens out,” adds Misse.

It’s a model that Discovery has set up with companies such as Access Organics Inc. (who represents Mainas Farms, Navajo Pride Organics and other organic growers in the industry). 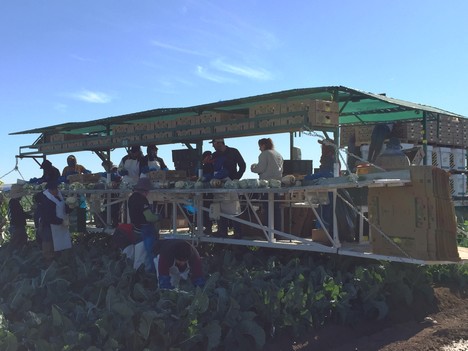 Win-win relationship
“It’s harder and harder for growers to just roll the dice every year to see if they’ll get all of their inputs and investments back,” says Bonnie Poux of Access. “Discovery Organics is willing to make strong commitments ahead of time to the farmers so that they take some of that fear away. And the fact that Discovery has a customer base supporting these relationships in a competitive market should not go unnoticed.”

“Conventional does it more to make it easier for their buyer—they can have one buyer handle a larger number of commodities at a time and they don’t have to think about who they can buy from and who they can support. It can just be done automatically through a computer,” she says. “With organic production, the grassroots support has historically been strong to make sure that the farmers survive and continue growing long into the future. However, in recent years, the increased competition on open-market pricing for organic farms is creating instability. Thankfully, Fair trade and pre-committed volume and pricing between wholesalers, retailers and the grower base has created more confidence for all parties.”