Rains in Costa Rica are making for an almost two-tier Yuca market in North America. 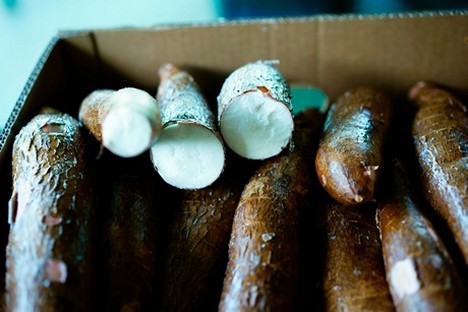 “There’s definitely a little more product this year. However the weather has been bad. It’s been raining a lot,” says Luis Tomasino of Tomasino Farms, Inc. in Orlando, Fl. “The rains have been consistent and that’s what everybody’s worried about. They haven’t eased up over the last two months and that’s what so concerning.”

While rain brings its usual issues such as harvest challenges, it also can attract insects. “Just today I heard about 80 hectares that are damaged because of the rain. There’s a bug called Cochinilla which goes inside the Yuca and if it’s shipped with that bug, it arrives like a sponge,” says Tomasino. “So they’re bulldozing 80 hectares because of that.” 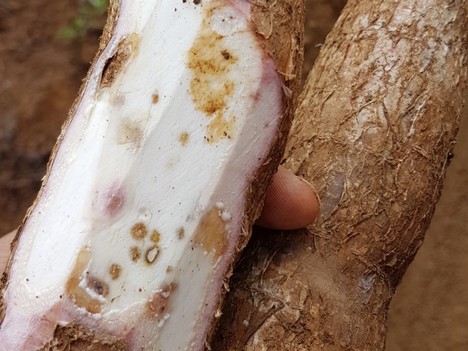 Yuca affected by the Cochinilla bug.

Costa Rica’s consistency
Costa Rica is not only a year-round shipper of Yuca, but it’s also the largest shipping country of origin because, in part, of its ability to produce consistent product.

In turn, Tomasino says that two grades of Yuca are now turning up in the North American marketplace. “There’s more volume overall than last year. But 40 percent of what’s leaving here is not pretty--it’s no. 2 grade,” says Tomasino.

Meanwhile, this is meeting a higher demand marketplace for the vegetable. Demand is stronger between the end of October until April for Yuca given it’s a heartier food found in soups or eaten fried. 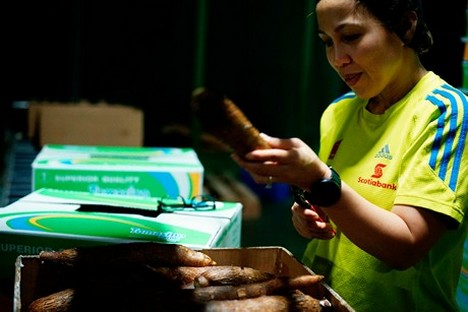 Tomasino, who notes Tomasino Farms is not shipping the No. 2 grade, says the market now reflects two different prices for Yuca. “There are regular prices and then one that says fair quality,” he says, noting that pricing overall has been relatively stable. “Pricing is very similar to last year, probably because of the weather. If it wasn’t for the weather, we’d definitely have lower prices.”