In terms of volume, last year was a dramatic production season for Dutch onions. The dry summer of 2018 made for low yields. This year, prospects in Northwestern Europe looked much better. In week 1, the total amount of onions exported stood as more than 728,000 tons. In particular, the crop failures in countries such as Brazil and India offer opportunities here.

The absence of India
While Northwestern Europe had to contend with dry weather conditions last year, it is the opposite in India this year. Excessive monsoon rains have caused intermittent crop failures in that country. Onion prices on the domestic market kept climbing, so on 29 September 2019, the Indian government decided to ban overseas exports of this product. That was done to curb price increases of onions on the local market. With this, the largest global onion exporter, volume-wise, disappeared off the world stage - leaving the way open for Dutch onions. 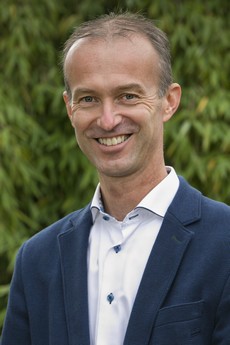 In the week the export ban was announced, Dutch onion exporters already saw an explosion in demand for Dutch onions on the traditionally Indian export markets of Malaysia, the United Arab Emirates, Sri Lanka, and Bangladesh. “The increasing exports to, especially, Sri Lanka was remarkable,” says Wilco van den Berg, who is an analyst at the Dutch association, GroentenFruit Huis. “That country even climbed to the tenth spot of the largest buyers of Dutch onions."

"In week 1, Sri Lanka imported more than 23.000 tons of onions. Normally Sri Lanka is the third-largest destination for Indian onions with annual imports of over 200 million kg of onions. Exports to Bangladesh (1,700 tons) also rose as did those to the Gulf states like the UAE. You see that the Netherlands is, after all, able to supply India’s most important export markets. A small portion went to India itself, although these 1,600 tons are hardly worth mentioning.” There was a noticeable increase in Dutch onion exports to Thailand too.

Opportunities for Dutch onion exporters do not lie only in Asia. In South America, there are also possibilities for onion sales. “Brazil faced shortages on their domestic market this year and supplemented their stocks with Dutch onions,” says Wilco. “Exports to Brazil increased to 35,000 tons, making that country one of the Netherlands’ most important destinations.” Last year, no onions were sent to Brazil, and two years ago, just a little over 2,00 tons were exported to that South American country.

West Africa remains an essential market for Dutch onions. “More than 45% of all Dutch onions are exported to West Africa, with Senegal, Guinea, Mali, Mauritania, and the Ivory Coast being important destinations there. We saw exports to Guinea and the Ivory Coast increase this year compared to the 2017/2018 record year. Mali, Mauritania, and Senegal are lagging slightly, but I think we can still catch up this year.”

It is hard to predict whether the Netherlands can keep hold of its new sales markets. “That depends on next season’s weather conditions, which are simply unknown,” says Wilco. “This year, the Netherlands is the largest onion exporter in the world with a 20% share of the total global trade. We already export to many countries. Dutch exports’ biggest opportunity, however, lies with the growth of the world’s population."

"It has been calculated that in 20 to 30 years, the global population will have risen from the current 7,7 billion people to 9,7 billion. Of these two billion additional people, one billion will be found in Africa - The Netherlands’ top export market.” Significant differences can, however, be found on that continent. West Africa is a big buyer, and North Africa is starting to grow a little. But East Africa still offers much market potential for the Netherlands even though it is logistically difficult to reach.

Wilco does not consider the chance that African countries could fill this potential with their own cultivation to be very high. “You have to, after all, take the climate into consideration. For onion cultivation, this is far more favorable in Western Europe than in Africa. We have noticed that countries such as Senegal do grow their own onions, but it is not enough."

"Trade barriers and own production are the largest threats to Dutch onions. That is especially noticeable in the European market, where ‘local for local’ is becoming increasingly important. There is, therefore, not much room for Dutch onions to expand in Europe. It is therefore particularly important to strengthen our network in Asia and Africa where we do have potential,” Wilco concludes.