Grapes and strawberries in particular

Korean grapes and strawberries are gaining popularity in Vietnam and other Southeast Asian countries. The Ministry of Agriculture, Food and Rural Affairs and state-run Korea Agro-Fisheries & Food Trade Corp. (aT) reported grape exports of US$23 million last year, up by 64.2 percent over the previous year.

Shine Muscats accounted for 72.4 percent of all grape exports, followed by Geobong grapes (13.8 percent) and Campbell grapes (13.3 percent). It is seen as rather unusual that Shine Muscats, which cost at least $20 per bunch in South Korea, are popular in Southeast Asia considering income levels in the region.

Vietnam surpassed China and Hong Kong to become the largest importer of Korean grapes after increasing imports by 34.8 percent last year. “In Vietnam, 70 percent of Shine Muscats are used for ancestral rites and gifts,” said Hwang Eui-chang, head of the Korea Grape Export Association.“They celebrate the Lunar New Year just like us, during which grape exports jump.” 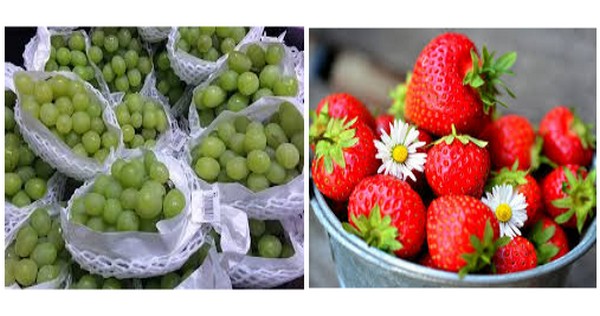 Vietnam’s craze over its national football team coach Park Hang-seo is also prompting locals to take more interest in Korean grapes, which began to jump in popularity in 2018.