As tomato season in Mexico comes into peak, supplies of organic heirloom tomatoes are steady.

“This is probably our biggest heirloom year to date. Every year we’ve increased acreage by between five to six percent because of our demand,” says Alex Madrigal of Covilli Brand Organics Inc. in Nogales, Ariz.

While approximately 60 percent of its heirloom tomato supplies go into mixed packs of different varieties, 40 percent of Covilli’s crop is “dark” or all-purple tomato packs which are increasing in popularity with consumers.

“A few years back we put a few into our mixed packs. Every year we trial newer varieties,” says Madrigal. “And then we had customers asking if they could just get boxes of the straight purple pack.” 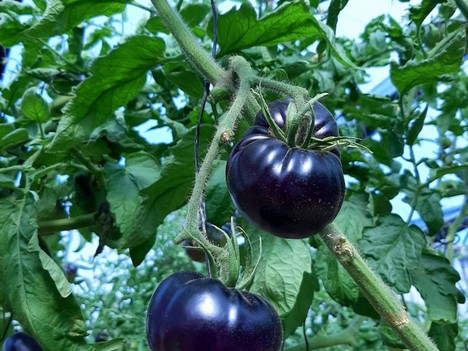 The push for purple
The dark heirloom is popular for a few reasons. “Purple produce carries more anti-oxidants, more than any other color. It’s also stunning. Chefs really like working with purple vegetables,” says Madrigal, who notes that in response, Covilli is trialing purple Brussels sprouts. He also thinks purple is popular with consumers because the flavor is milder and not as acidic.

While supplies of heirloom tomatoes are steady, production slowed down slightly last week due to weather in Sonora, Mexico where Covilli grows. “We had freezing temperatures on the farm on Wednesday and Thursday morning. We were below zero for a few hours and experienced some losses on squash and beans particularly,” he says. “The heirlooms were fine because they were inside and protected in greenhouses. But it slowed things down because we had a lack of sun for a few days and it was a bit colder and they don’t color up as fast in the colder weather.”

While organic growing can be challenging at times, heirloom tomatoes can be particularly tricky in determining things like best growing practices, transportation, even figuring out when best to harvest them. “It takes time and we’re getting more efficient with the processes. I do think organic growing is getting easier in that we’re learning how to be more efficient,” says Madrigal. 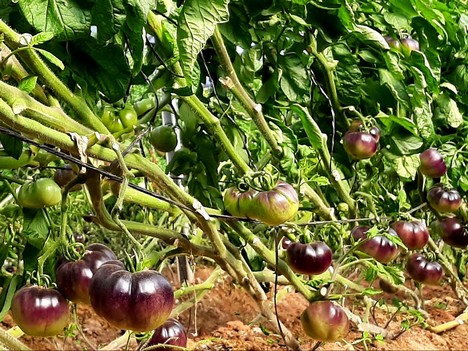 Organic challenges
He also adds though that with more and more growers getting into the business, more challenges come with that as well. “It’s hard as far as sales are concerned because conventional growers are getting into organic and they can subsidize organic from their conventional programs. That’s also a challenge on the marketing side. People are willing to take losses on programs just to be in the game,” says Madrigal.

But perhaps a distinguishing factor could be sustainable packaging, which growers such as Covilli are working on. “Like everybody, we’ve tried to eliminate plastic. Last year we replaced our clamshells for mixed grape tomatoes with fully recyclable carton containers,” says Madrigal.

The next challenge for Covilli is bags for products such as limes, Brussels sprouts and oranges. “I’ve always wanted to get away from bags but it’s hard to find something that’s non-plastic,” he says, noting Covilli is experimenting with a company in India who manufacturers bags from natural fibers such as cotton and jute.

Meanwhile as production moves on, pricing remains average says Madrigal—not too high, but not at the bottom either. “I don’t think it’s at the bottom because the quality is there and the complexity of that particular commodity. I think the heirloom tomato market is where it should be at this time of the season,” he says. However, compared to last year, pricing is $1-$2 lower than last year.