New crops of OhSmiles, a well-known brand of imported Spanish oranges, are scheduled to arrive in the Chinese market at the end of this month (February 2020), marking the fourth year of the brand’s presence in China. Thanks to their excellent taste and high quality, these oranges have been well received by Chinese consumers, which has boosted the confidence of the brand and its local partners to further develop the Chinese market and reward traders and consumers in China with quality products and service.

Previously, OhSmiles took part in the China International Import Expo for two consecutive years, being the only citrus company in Spain to have done so. The Expo is the world's first-ever large-scale national-level trade show focusing on imports. Ohsmiles actively works with partners to promote the development of the Spanish orange industry with branding and standardization.

Oranges marketed under the brand of OhSmiles are mainly grown in Andalucía, Spain, which is known as the garden of Europe. As a well-known orange producing area in Europe, it has a citrus growing history of over 50 years. The subtropical Mediterranean climate there and temperatures of above zero degrees all year round make it highly suitable for growing high-quality citrus. Citrus grown in these natural conditions are full in size, balanced in sweetness and tartness, delicate and juicy, and higher in the content of vitamin C than ordinary oranges.

The OhSmiles brand also implements strict quality control. During the harvest season, the company's technicians work in the field alongside growers to choose the optimal time for picking when the fruit reaches the best taste. With different varieties, oranges are harvested on an order basis to ensure their freshness. The entire growing process is also scientifically managed, where the strict European "pesticide treatment standards" are adopted. Compared with other parts of the world, the amount of pesticides allowed in these standards is two thirds lower.

OhSmiles also has the world's most advanced packaging lines. The entire sorting process is fully automated, where the quality of each fruit is examined through 39 photos. The brand is also highly professional and meticulous in controlling temperatures and the packing process during transportation. It is precisely this continuous pursuit of quality that has made OhSmiles stand out among Spanish oranges. As soon as they were introduced into China, these oranges quickly gained the support of a multitude of consumers and occupied the market.

With the new crops arriving in the Chinese market, the brand will be fully represented by Shanghai Behe ​​Supply Chain Management Co., Ltd., a Chinese subsidiary of Spanish brand Ole Fruit. A Chinese platform for the global import and export supply chain, the company has a diverse customer base, a complete quality control system and a technical support team in the place of origin in Europe, and a sound post-sales service system and post-sales protections in place in China.

Ole Fruit, a Spanish company specializing in the export of citrus, has now become a global leader in citrus exports. Thanks to the high product quality of OhSmiles oranges, the modern management and business philosophy of Ole, and the strong support of Beihe's supply chain, traders in China are highly confident in the prospect of OhSmiles oranges in the Chinese market. 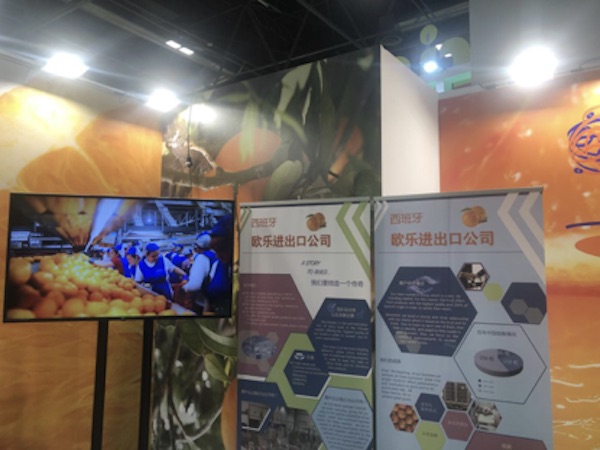 At the end of this month, the first batch of OhSmiles oranges will first enter the East China and South China markets, and then gradually cover the whole country. In East China, OhSmiles works with Shanghai Qingmei Group to directly supply Shanghai Qingmei Fresh Food Supermarket. Shanghai Qingmei has been active in Shanghai for more than 20 years, focusing on the entire fresh industrial chain from R & D, growing, production, to sales. The company currently has 256 stores, and more than 700 stores are expected to open by the end of the year. Through this cooperation, OhSmiles oranges will hopefully soon become a popular product in East China.

In the South China market, OhSmiles will work with Guangzhou Jinsheng Supply Chain to launch in the Guangzhou Jiangnan Market and expand to other regions and markets. With the rise of micro e-commerce and new retail platforms in China, the brand is also launching different sizes and varieties to meet the needs of different channels in the Chinese market. We firmly believe that with the high quality of OhSmiles oranges and the reasonable market layout, OhSmiles will further establish itself in China's fruit market. 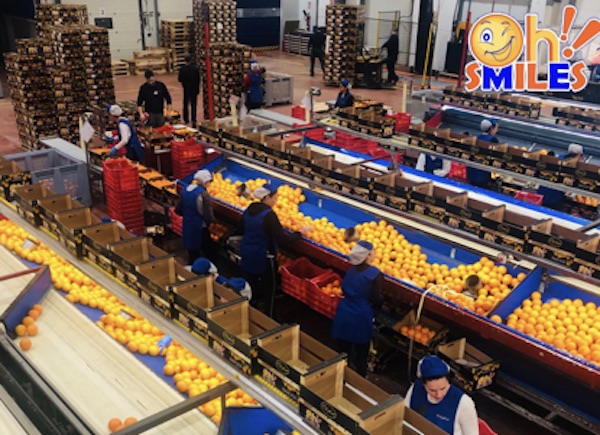 The arrival of OhSmiles’s new crops in China is just a starting point for the brand. Thanks to the advancing brand promotions and services, as well as the in-depth expansion of sales channels, the brand has gained recognition in the Chinese market. Facing the increasingly fierce competition but always adhering to the two principles of high quality and sustainable development, OhSmiles is bringing an increasingly excellent performance in the Chinese market.

Try OhSmiles oranges and enjoy every day with a smile! 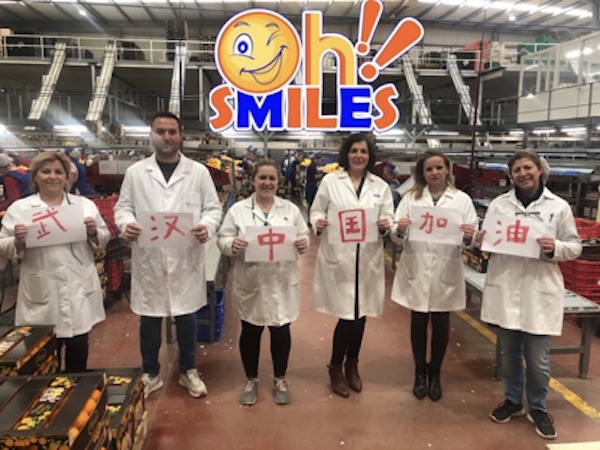