The potato seeding season is approaching and for Pizzoli it promises to be intense and rewarding, due to the best varieties of selected and certified seed potatoes and to the continuous work of its own staff of agronomists who every day dedicate themselves to each stage of the cultivation cycle.

Pizzoli potato seeds boast important achievements and varietal records that over the years have contributed to the consolidation and growth of an entire national sector.

The secret of its success is expressed not only in its position as a national leader in the production and sale of fresh and frozen potatoes, but also in its ability to meet the wishes and choices of consumers. Over the years, this has allowed the company to select only those varieties that, because of their quality, are requested and purchased every day by Italian families. 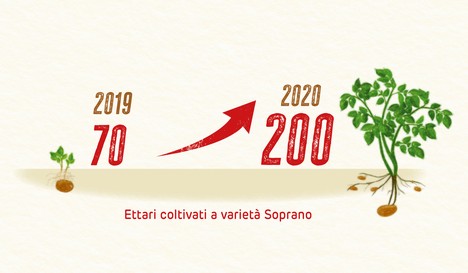 For instance, the Soprano variety, exclusively marketed in many areas of Sicily and Apulia, is a potato with excellent taste characteristics and a typical elongated shape that also meets the needs of farmers by adapting to both early and late sowing.

Other valuable varieties that are worthy of mention are first and foremost the Chérie, with its unique red skin and elongated shape, excellent for its culinary performance. In central and northern Italy, the Primabelle variety is becoming increasingly important for its high productivity and washability of the tubers, while Clairette is a variety that maintains its excellent taste properties over time with no sprouting both in the field and when stored.

Moreover, the Orchestra, a variety that is easily storable and ensures high production volumes, and the two recent yellow varieties Sound and the white variety Kelly, two new genetically superior varieties, still in their early stages but very promising as they are tolerant to downy mildew and therefore need fewer pesticides. 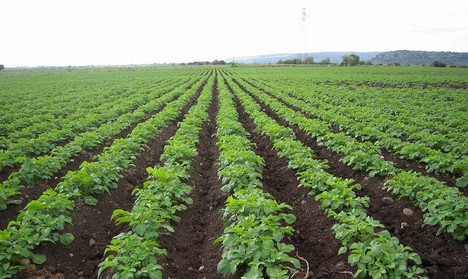 All Pizzoli's varietal heritage has been and still is the factor that significantly contributed to the growth and development of Italian potato farming industry, considering that the farms that turned to Pizzoli expanded enormously by tripling their growth over the last year.

The Italian company Pizzoli, a leading player in the fresh and frozen potatoes sector, confirms once again its strong determination to guarantee concrete and long term results, a status and reputation earned generation after generation thanks to a monitored supply chain based on solid roots that includes Italian areas with the highest vocation, the most experienced agronomists and the most prized varieties, carefully selected by great experts.