After 40 years in the fruit and vegetable sector, Etienne Leclere can enjoy his well-earned free time. “Friday is my last working day, but actually I am not yet busy with my retirement. I am still active and still following everything. I think I will realise on Monday all that I'd be missing, ”says Etienne. 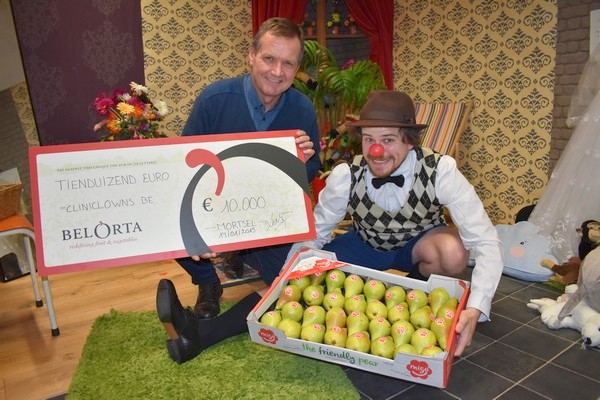 Etienne was born and raised in fruit growing. His parents had a fruit growing company, so the foundation for working in the sector was quickly laid. After his accounting training, he started working at Veiling Haspengouw. “After completing an administrative function for 7 to 8 years, I switched to selling. In 2008 I became the commercial director of the Haspengouw auction and after 37 years at the auction I switched to BelOrta, where I have been the divisional director for three years. ”

When Etienne looks back on his years in the sector, it is striking that fruit growing has undergone an enormous evolution. “In the past, growing hard fruit, but also soft fruit, was a secondary occupation.
You can no longer speak of that if you look at the professionalisation and scaling up that the members of the cooperative have gone through. As a result, companies have become more vulnerable, but these companies have taken enormous steps in the areas of food safety, employment and trace-ability. 40 years ago there was a small company, nowadays they are huge companies that are completely managed. ”

“One of the things I am most proud of is that I have been at the cradle of the BelOrta concept varieties including Kanzi, Migo and Greenstar. I am convinced that these varieties are a big part of the future. Looking at the current situation of the fruit sector, it is abundantly clear that a reform must take place. Growers must grow what the market demands and not what is easiest. The past year was one of the most difficult years of the top fruit sector in the last 40 years. We should not let this happen again. Fortunately I can end my career in a much more positive season," Etienne concludes.