How long will Europeans still be enjoying melons from Costa Rica?

Is there still a future in sending melons from Central America to Europe? Pieter Hartog, Director of Seatrade – which, with its specialized reefer and container ships, is involved with, among other things, melon exports in Costa Rica, expects this to become slightly more difficult with each passing year. 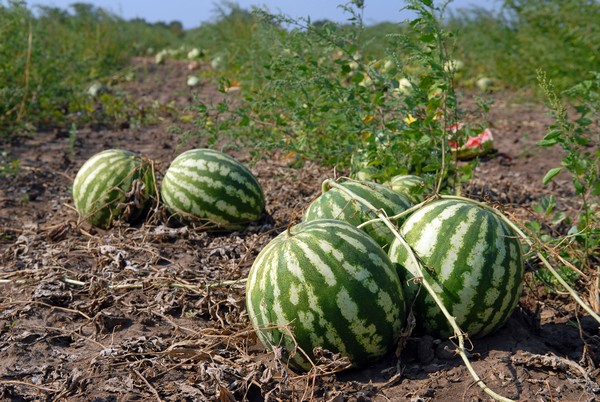 “I fear that, in the future, when it comes to Cost Rican melons being sent to Europe, things will become increasingly difficult. If Brazilian exporters manage to remain competitive for longer and people in Europe can supplement their volumes from other sources, if needs be, it will become tough for Costa Rican melon exporters with regard to the European market."

"Sending their product to the United States is a different story. I see that continuing.” Other Central American countries are facing the same issues. “Honduras and Guatemala have the advantage that they have lower production costs than Costa Rica. Those countries pay less for labor and energy. So, they can be more competitive," says Pieter.

"However, the expectation is that Central American melons will have an increasingly difficult time in the years to come.” The numbers confirm that this trend has already begun. Where, at the height of melon exports from Costa Rica in about 2005, 13,000 hectares were being used for growing melons, that area has now dwindled to 4,000 hectares.

Late start
Pieter admits the melon sector in Costa Rica has been in a downward spiral since 2008. The melon season in that country is shorter due to the extreme weather conditions, and there is less cultivation. “If it is too wet, you cannot plant; the soil has to be dry. However, the longer you wait, the longer it takes before the melons are exportable,” explains Pieter.

In 2019, this led to sowing being done relatively late. Pieter, therefore, expected the first significant volumes of melons to only have been shipped in week 3. “We are already talking about these arriving in the Netherlands in mid-February. That is a bit later than we are used to again, even compared to last year.” Pieter has also noticed that Brazil is continuing longer into the new year with ever-increasing volumes of competitively-priced melons.

Competitive position
Increasing costs - rising wages, high energy costs, the local currency that is too expensive for exports, and new tax laws - in Costa Rica are putting more pressure on the country’s competitive edge. Added to this, as of 1 January, low-sulfur fuel has to be used for shipping, further increasing transportation costs. “Each and every melon grower is going to feel that this year,” says Pieter.

He expects the competition from, particularly, Brazil and Morocco, at the end of the season, to impact sales from Costa Rica. “I think the Costa Rican melon season will end a little earlier. In the past, they tried to go through until week 18, but several growers expect week 14 to herald the end of the season.”

The season is expected to last only ten or eleven weeks, while in the past it lasted as long as 19 weeks. Pieter says that, as a result, the chance to plant in the same field twice is virtually eliminated. In a short season, this is not possible because melons have a growing season of between 55 and 60 days.

New varieties
Pieter says the last melon season was terrible, with many quality issues. These were caused by 2018’s altered rainy season. “It rained enough, but not uniformly. There were peaks and dry spells.” This means pathogens left behind from the previous season were not washed away properly, and then reared their heads again in the following growing season.

“That resulted in quite a lot of problems with quality in the past season.” Pieter, therefore, expects fewer melons will, once again, be planted this season. On the other hand, he thinks this could drive a change in choices of varieties. Trials are being done with new varieties, “to see if, in this way, they can distinguish themselves from the others in a positive manner,” Pieter concludes.