According to Kevin Moffitt, President & CEO of Pear Bureau Northwest, “The Pear Bureau tracks real world success in retailers that have undertaken a conditioned pear program in recent years; the results in many of the stores have nearly doubled the numbers seen during the test.” 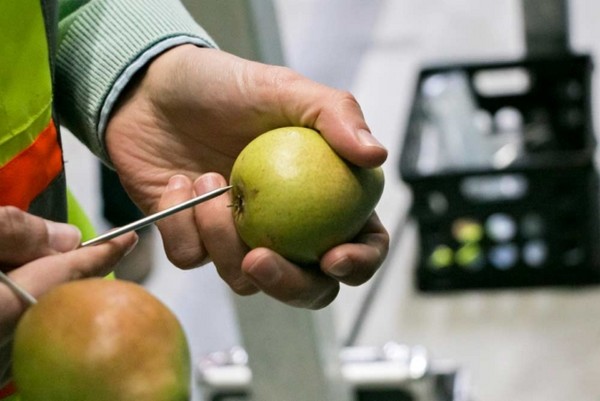 Conditioned pears are described by Pear Bureau Northwest as pears that have been brought to the “just starting to ripen” state. Conditioning refers to the application of ethylene, a natural plant hormone produced by fruit as it ripens. To begin this process for pears, the commodity is placed in a ripening room, warmed to room temperature, and treated with ethylene. Once desired firmness is reached, temperature is rapidly brought down to 32°F. Other factors that must be managed include the time of ethylene application, pulp temperature, humidity, and CO2 levels. Ripeners can find complete guidelines for conditioning pears here. 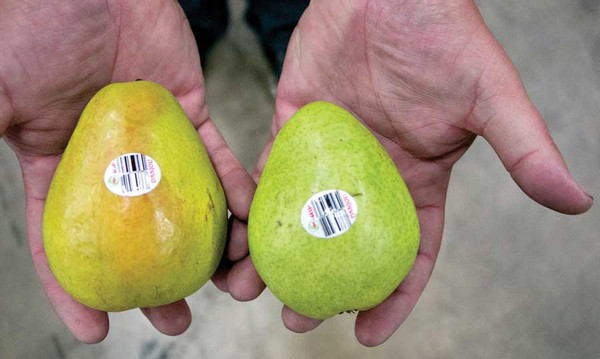 “Gone are the days where shoppers picked up a pear at the local grocery store and found the fruit as hard as a rock,” stated Greg Akins, President & CEO of Catalytic Generators. “Nowadays, customers expect uniformly ripe, ready to eat pears, and that’s what our ethylene generators help to provide.”

Catalytic Generators’ ethylene generators and Ethy-Gen® II Ripening Concentrate form a system that, when used as directed, produces concentrations ideal for conditioning a variety of pears. The company’s Easy-Ripe® generator features an adjustable ethylene output which allows for adaption to any ethylene PPM requirement or room size. With the specially formulated liquid Ethy-Gen® II, the Easy-Ripe® easily makes only as much ethylene as needed for a target room, eliminating the need to store large quantities of compressed gas on site. Ethylene producing generators of Catalytic Generators all feature user-friendly operation and continuous, consistent ethylene production for superior ripening and degreening. These ethylene generators provide a safe, easy, and convenient ethylene source that you can trust. 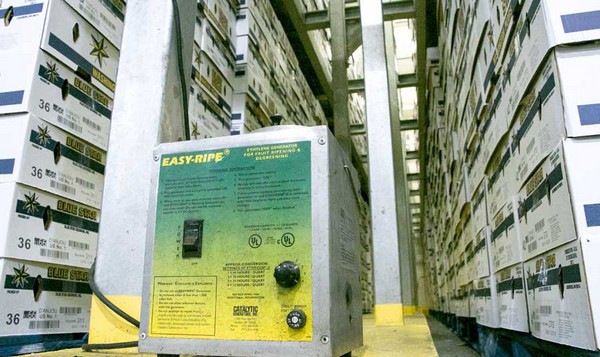 Moffitt stated, “We see a lot of upside for conditioned pears, especially red and green Anjous. We have been telling retailers that a ripe Anjou is the new pear variety!”