"With shorter transit time, Mexican mangoes can grow strong in the European market"

The avocados took precedence in August, but yesterday for the first time in the Netherlands, and even in Europe, a special Mango forum was organised in the Rotterdam Schielandshuis to link Mexican exporters and Dutch importers. This with a view to shortening the transit time of sea freight between Mexico and Europe. 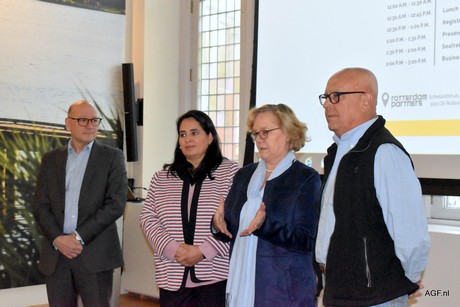 The Mexican growers and exporters are increasingly looking for opportunities to sell their products on the European market.
The Mexican ambassador to the Netherlands, José Antonio Zabalgoitia Trejo, was the first to speak. “The bulk of Mexican products mainly goes to the North American market, but our growers and traders have ambition and want to be able to sell their products in more markets. Certainly because the market in North America is also not the easiest."

Ambitions on the European market
Currently, less than 5,000 tons of Mexican mangoes are exported to Europe every year, mainly flown in mangoes. The aim of the United Producers of Mexico and EMEX, the association of mango growers from a number of Mexican states, is to increase these volumes to Europe and then not by plane but via a faster transit time over the water. To make Mexican products qualitative compared to competing countries on the European market, a number of companies explained their products that can improve the quality, shelf life and conditions during transport. UPM cooperates with VDH Company for logistics handling in the Netherlands. 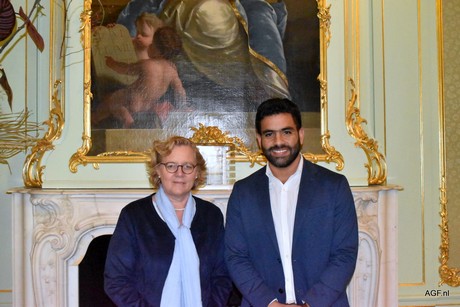 Quality control
The Dutch Control Union, for example, shows how it ensures quality controls in Mexico of avocados, limes, mangoes and blueberries. "We started checking Mexican avocados on the European market last month," says Yemil Zarzar Kourniatis of Control Union. “Our goal is to help Mexican exporters maintain the right quality standard for the European market and to ensure product trace-ability into the field. In addition, we can represent the interests of Mexican exporters in Europe who do not have, or only to a lesser extent, the opportunity to do so. ” 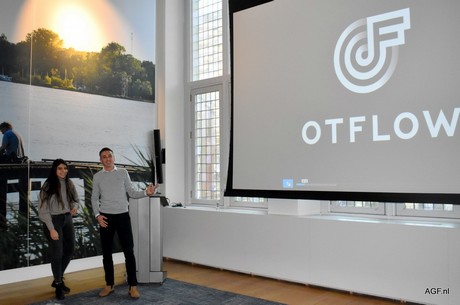 To promote the quality of the Mexican mangoes, Otflow and Liquidseal also told their story. Otflow presented how the cold air in a container can be optimally distributed with a specially shaped mat and liquid seal, showing how their coating can help prevent maturation during transport. Both products can help to make sea freight from Mexico to the Netherlands more interesting than air freight.

The Aweta optical sorter for mangoes should also help to improve the quality of Mexican mangoes and avocados on the European market. 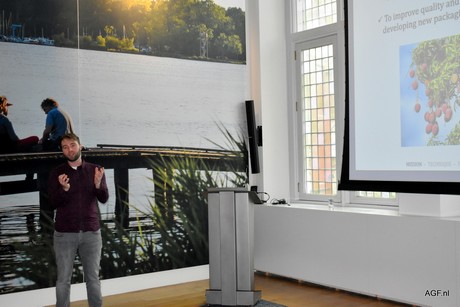 EMEX also explained its importance for finding a new market in Europe for mangoes.  "Our country is currently the sixth largest exporter of mangoes and one of the fastest growing in the world," says Orlando Sahaguñ. Opal Morales of OBM Legal also explained the legal framework that the exporters had to take into account and the Wageningen UR showed the results of her research on how the mangoes behave during transport and which protocols are needed. 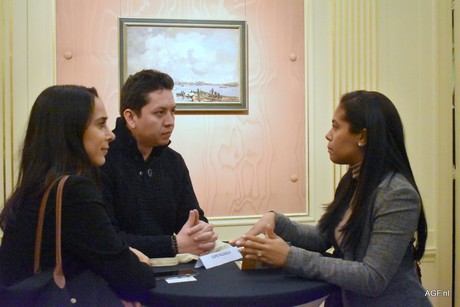 Afterwards there was the opportunity for networking

Afterwards there was an opportunity for exporters and importers to match up. Mexican mangoes are expected to wait for the next season to embark on the new, shorter route from Mexico to the Netherlands.
After all, when the new sea route starts in the summer months, the mangoes will face strong competition from other summer fruit.