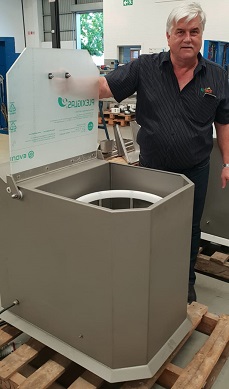 Eptech, based in Paarl, supplies food processing equipment to the South African food processing industry as sole representative of some major companies that manufacture the equipment needed to wash, dry, sort, peel, slice and dice food.

“In 1991 the company started, I’d been working for Molenaar for eight years and prior to that FMC for five years. I later asked Leon Louw to join me as partner. We formed Eptech together in September 1992. And from then on it’s been a wonderful success,” says John Binedell, founder and director of Eptech (right).

“I’ve been in the industry since 1979. We work with everything from apples to zucchini.”

Year-round veg and fruit production in SA
“In South Africa we have mostly year-round production of many vegetables and fruits. Apricots and peaches run from November until April, apples and pears start in January, citrus starts in June/July and it runs for a few months. In this way the year is divided up nicely on the fruit side and vegetables are all year round.”

He notes that vegetable processing has become incredibly important for them. “Over the last seven or eight years, the focus has moved away from freezing and canning to fresh-cut and salad production. We supply fifty to sixty fresh salad producers, spread around the country. There are only three or four freezing companies left in South Africa. The canning industry has also been declining.”

The company’s relationship with both Key Technology from the USA and Belgian company FAM/Stumabo goes back 41 years; Key Technology is their biggest supplier worldwide, John reckons, with their optical sorting machines and Iso-flo range of industrial shakers plus pea processing machines like air blowers, froth flotation cleaners and a wide range of ancillary equipment. 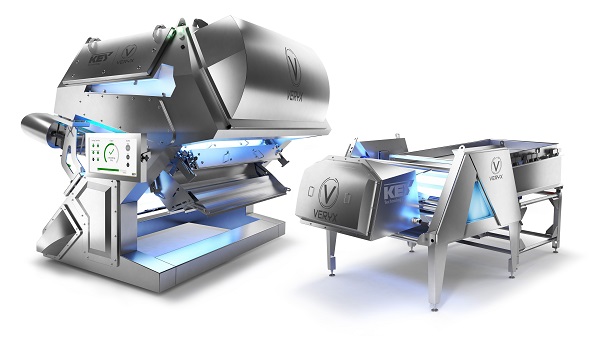 “We find we can run five to fifteen years on a particular range, then we need a replacement. On washing machines there are always new things coming in, for instance insect traps and our latest machines have this. This gives us an opportunity to do retrofitting with an insect trap and rebuild the machines completely at our factory.” Eptech also rebuilds machines with imported parts from the original manufacturers.

Peas and cheese
They have recently installed a new line with a Key Veryx® optical sorting machine and ancillary equipment at the McCain Mpumalanga facility. He also refers to the migration of local pea production from the southern Cape to Gauteng, Mpumalanga and Limpopo because of the availability of irrigation schemes with a concomitant three to four time increase in yield. “It was a no-brainer to move pea production northwards.”

Another hugely growing side to their business, although not fresh produce, is cheese. “Cutting machines for cheese have become very important. The pizza market has increased tremendously, it has grown exponentially in South Africa. Pizza manufacturers don’t want to use too much cheese so the cheese is cut into blocks that fit into a bowl exactly to a certain level which goes onto the pizza.” The cheese size reduction machines are from FAM Belgium. 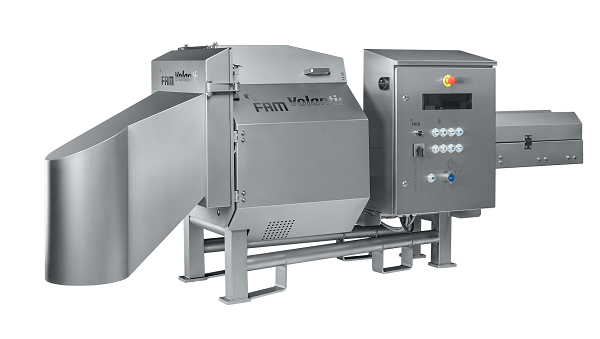 The biggest risk to the company is exchange rate fluctuations and one of the big risks for their clients is theft. “Recently we rebuilt 45 corn cutter heads to a new standard and the price was around a million Rand,” John says. “The machines had not yet started working and 14 heads were already stolen."