Crops and vegetables worth Rs 1 mln (€13,000) were destroyed under the feet of a marauding herd of elephants at Bhushunda village under Shergarh block in Ganjam district in the wee hours of Monday.

According to the farmers, a herd of 14 elephants unleashed a reign of terror at Bhushunda village throughout Monday night. At about 4am, they went towards the nearby jungle, leaving a trail of destruction behind them. Crops and vegetables like tomatoes, brinjals, lady’s fingers, beans, sugarcanes, green gram, cauliflowers and pumpkins were found destroyed. 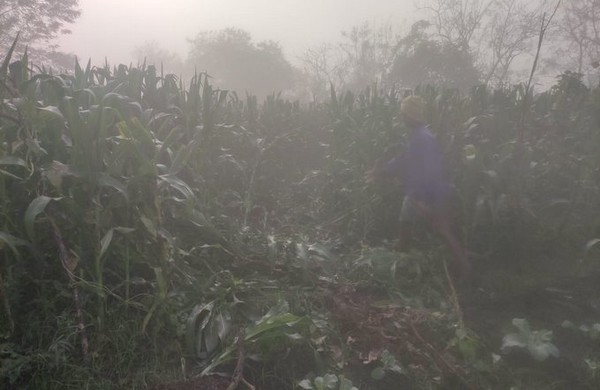 Krushna Chandra Nayak, Sanyasi Swain, Bhajaram Swain, Prafulla Nayak are some of the farmers who have suffered crop loss. Later, a forest department team led by forester Subhashree Satpathy visited the village to take stock of the situation. Meanwhile, local residents urged the administration to suitably compensate the farmers.

According to orissapost.com, villagers of twenty nearby villages are in fear, thinking about which village would be the next target of these wild animals in the intervening night of Monday and Tuesday.  They urged the forest department to take steps to save their hard-grown vegetables and crops.