The World Apple and Pear Association (WAPA) held its Annual General Meeting on the last day of the Fruit Logistica fair in Berlin, 7 February 2020. Representatives of the key global apple and pear producing and exporting countries met to discuss the Southern Hemisphere production forecast, the final update of the Northern Hemisphere production forecast that was released in August 2019, and the season developments. 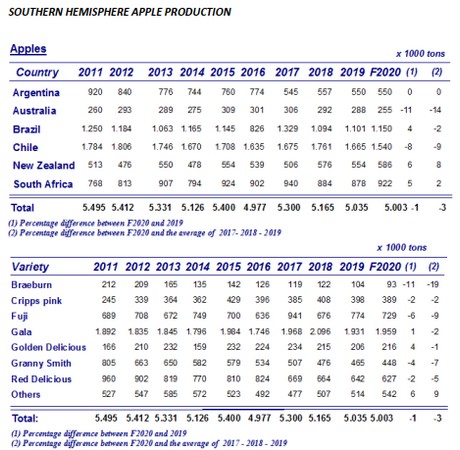 For apples, this represents a small decrease of 1% compared to the 2019 crop. Export is expected to remain stable at 1.725 million T. The pear crop is expected to decrease by 3% compared to 2019. Export is expected to decrease by 2% to 691.660 T. The Northern Hemisphere crop and stocks data were also updated. Overall, the forecasts continue to demonstrate the huge variation in crop sizes due to the consequences of climatic havoc impacting the production. Furthermore, the Eurasian apple growing developments and global reporting initiatives were discussed. 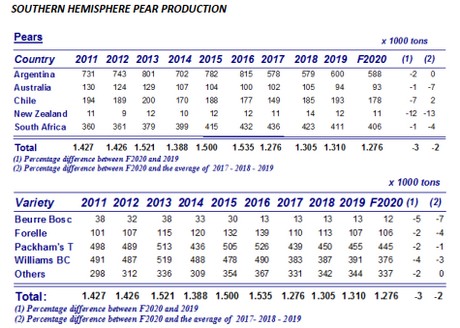 Other topics on the agenda were marketing, promotion and consumption trends, and research and innovation activities among the members. The discussion underlines the efforts of the sector to cope with the new market requirements and expectations to reduce pesticide dependency. It also focused on the development of new sustainable strategies regarding water usage, biodiversity, carbon emissions, adapting packaging to the plastic debate and continuing to promote the health benefits of apples and pears to consumers around the world.