He was speaking during the official opening of the South African Pavilion at the Fruit Logistica trade show in Berlin. Moatshe said that while trade statistics were in favour of Germany, South Africa was narrowing the deficit. “To put some kind of perspective in the whole thing, you need to look at the position of Germany within the global space. It ranks as the third largest importer of agricultural and food products in the world, and this places them as one of our key important markets within Europe. It also ranks as the second biggest global trade partner to South Africa after China and is the fourth largest global economy.”

Germany was “very keen” to facilitate entry into their market, he added. Recently, the Federal Ministry of Economic Affairs and Energy in Germany together with the Department of Trade and Industry (DTI) launched a pilot programme called Fit for Partnership with Germany.

The programme is geared towards capacitating South African exporters to be export-ready to service the German and European markets at large.

“What it actually looks at is to do a kind of a hand-holding of the South African companies. This will facilitate integration of SA companies into the global value chain. Twenty of our local companies participated in the programme last year October,” said Moatshe. 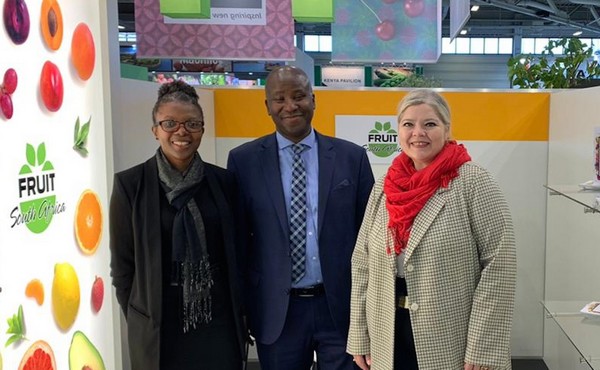 In March, South Africa will be hosting a bi-national commission with Germany – a platform that will look at implementing some of the key initiatives and programmes and to explore trade and investment opportunities.

Angela Merkel
German chancellor Angela Merkel was in South Africa this week on a two-day working visit. During talks with president Cyril Ramaphosa, she said that the country should look to renewable energy for power generation, and added that Germany was willing to help South Africa make the transition. Her comments come as power utility Eskom recently announced load shedding could be expected for the next 18 months.

As reported on thesouthafrican.com¸ over 600 German businesses are based in South Africa.