The Australian Table Grape Association is hopeful the Coronavirus in China and the formalising of documents with Indonesia will not provide any major effect on export markets this season.

Chief Executive Officer, Jeff Scott says it is too early to tell if there will be an effect for Australian growers and exporters in China, due to the virus.

"From all accounts, talking to some of the Chinese people, the market is a bit slow at the moment, due to the extended Chinese New Year period," Mr Scott said. "But they are back at work and operating. So, hopefully, it will be business as usual. What impact it (the virus) has had, or is going to have, we will probably know in the next couple of weeks. Maybe the major issue will be with the airfreight with the majority of airlines not flying to China or not as many shipping lines bringing out empty containers. We will have a better idea in the next few weeks." 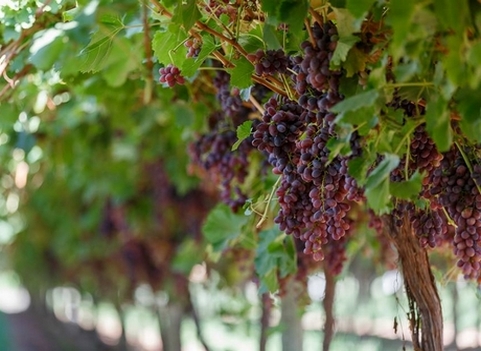 Last year, Australian grape exports to Asia passed the half-billion mark, driven by an increase in production with new varieties and enhanced techniques from the growers. China increased by 36 per cent, while another important market Indonesia, jumped by 38 per cent. But Mr Scott admits there are some administrative problems with Indonesia, that he is hopeful will not take long to sort out.

"We are having a few problems with Indonesia," he said. "They are yet to formally sign off on the country of recognition status and send out quotas to the importers. But we are hopeful that will happen very soon. Red Globe are ready to harvest now and they take Red Globe. We've had the Indonesian President in Australia at the moment and I have asked that the matter will be raised with him. So hopefully it will be resolved very quickly."

Queensland and northern Western Australia have finished their harvests, and Sunraysia (which accounts for nearly 80 per cent of Australia's production) started late last year, and are in the peak of their seasons. Summer has largely been hot and dry, and growers have reported some challenges. Mr Scott adds that there was a hot weather event in December, but it only affected a small percentage of crops, and overall growers are happy with how the season is looking.

"That did have a small impact on some of the grapes that weren't quite up to a growing stage that could have prevented damage," he said. "So, the berries didn't have enough sugars in them. Some growers said they lost around five per cent, while others were more affected. But in the main, around five per cent. Other growers are saying that there is a really good crop this year. Some of the earlier varieties have been harvested, but Crimson is starting now, Thompsons are starting in a week or so, and most people are finished with Menindee. Early season varieties like Flame and Ralli, they have been quite good."

Mr Scott added that there will be greater production of newer varieties, which are grown specifically for exports, for the next 2-3 seasons, as they in high-demand in Asia.

"There is a transition year, but are hoping the growers adhere to those standards and harvest the fruit when they reach those levels this year," Mr Scott said. "Rather than jumping the gun and harvesting 1-2 Brix below where they should be. So far, based on the domestic market and supermarkets, it is working out alright and we are achieving our objectives."

The ATGA is also holding its Trade Seminars to talk with key importers and distributors; having completed Japan, Korea, Vietnam and Indonesia, with Thailand and the Philippines being held this week. Promotions through Taste Australia will also be held in coming months in those countries.