A modern fruit storage of a new generation has begun work near the village of Shelek in the Almaty region. A refrigerated warehouse for storing apples and other fruits was implemented with the financial support of Agrarian Credit Corporation.

“The total amount of the project is 6.5 billion, of which more than 4.5 billion tenge was provided by the Agrarian credit corporation, the remaining money is the investor’s own funds,” Murat Daribayev, chairman of the board of the Agrarian Credit Corporation said. The Alma Mater Fields project was funded by the Corporation in stages from 2017 to 2019 under the Agroexport program. The state supported the creation of two orchards on 120 and 90.5 hectares, and a fruit storage for 3,600 tons. 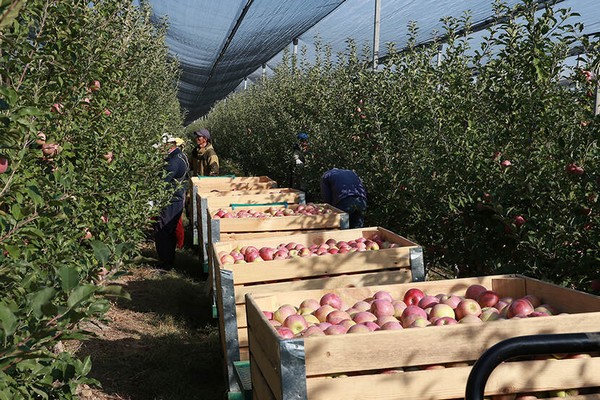 The refrigeration complex maintains freshness of products up to 12 months. This will allow delivering fresh fruits to domestic and foreign markets all year round. The fruit storage is equipped with 18 refrigerators with adjustable gas environment and humidity. The metal structures of the complex are of Kazakhstan production, the skin is Russian, and all equipment is Dutch.

Another promising export project has been launched in the Almaty region. At the site of an abandoned farm in the village of Kokpekty, which is near the city of Ushtobe, a new pig-breeding complex for 1200 animals was opened. In September last year, the Ministry of Agriculture of Kazakhstan signed a protocol on requirements for the export of pork to China. Every year, residents of China consume more than 57 million tons of pork, which is 52% of the global volume. This makes it possible for Kazakh agricultural producers to export products to a huge market.

In total, in 2019, financing of investment projects by the Agrarian Credit Corporation amounted to 290 billion tenge, Kapital reported.