The incoming Florida crop of organic blueberries will likely be similar in volume to last year’s numbers.

“Florida should have very good quality this year,” says Teddy Koukoulis with Wish Farms in Plant City, Fl., who notes that it’s already begun picking its Misty Organics berries at its Alturas farm where the fruit is grown under tunnels. “We’re very happy with what we’ve seen in terms of quality and what we’re going to see.” 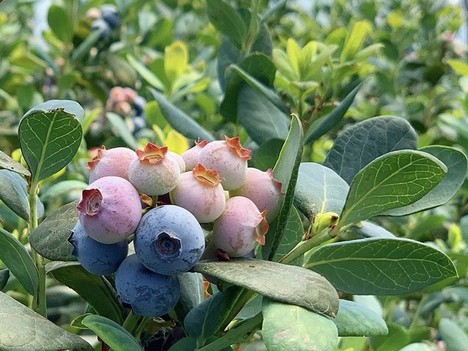 Florida will compete with the end of the Chilean crop as well as volumes from Mexico. While Florida generally directly competes with Mexico, Chile should wrap up likely at the end of March. “Mexico will have higher production than last season. They’ve got some plantings coming on and it’s a big growing region so I expect there’ll be some Mexican pressure in the marketplace,” says Koukoulis. “Hopefully a lot of the Mexican production stays West of the Mississippi so we’re able to fill East coast demand from Florida.”

Creating opportunities
Meanwhile demand for organic blueberries still continues to grow. “I think it’s increasing. Conventional demand is also climbing. But as an industry, we’ve got to do more to create more demand and more avenues for people to eat blueberries,” says Koukoulis.

This may include things like promotions, which can be limited amongst organic product. “Organics has less elasticity—so when we call a retailer on the conventional side and do “two for one deal” or something like that, very rarely will you see an organic product advertised like that,” says Koukoulis. “And while you don’t get as much shelf space for organics as you do conventional as well, I do feel like I see more space in the organic aisles.” 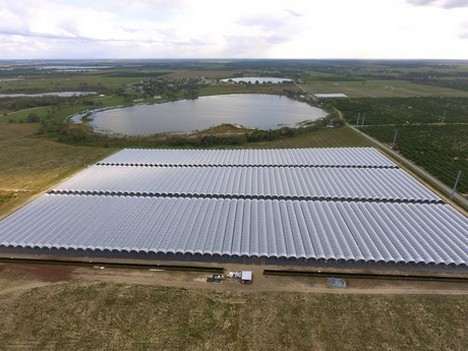 Overhead drone shot of the farm under tunnels. Located in Alturas, FL.

As for pricing this season, Koukoulis, who notes that “pricing has not been terrific in the last year or two”, believes that pricing will likely be about the same. “But hopefully, even a bit higher,” he adds.