Fooditive from The Netherlands

Old apples and pears create a calorie-free sweetener without some of the environmental issues of our current sugar substitutes.

Dutch company Fooditive is turning leftovers from apples and pears, along with the pieces of fruit that are unfit for supermarkets, into a chemical-free sweetener.

Current sugar substitutes are considered a growing environmental hazard; artificial sweeteners such as sucralose and aspartame, found in Splenda and Equal, aren’t absorbed by our bodies nor are completely removed by wastewater treatment plants, meaning these sweeteners end up in rivers and oceans, potentially harming aquatic plant and animal life. 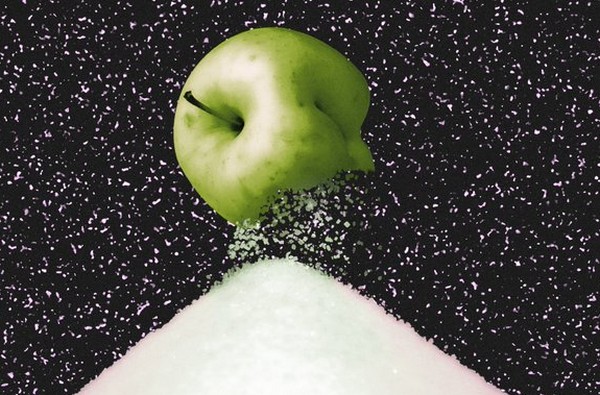 Regular cane sugar is the cause of global health problems, and its cultivation is taking an environmental toll, too, requiring intense water use and causing soil erosion and pollution from processing sugarcane. Natural sweeteners like honey have their own complications. Stevia, the natural sweetener derived from the Stevia rebaudiana plant, is known to have a bitter aftertaste, so beverage companies that use stevia often mix it with other artificial sweeteners.

Fooditive, founded by food scientist Moayad Abushokhedim, aims to be a natural alternative to those other sweetener options in a way that’s healthy for the planet and our own bodies. Fooditive takes third-grade apples and pears—those ones with brown spots or off colors, which wouldn’t be sold in a supermarket—from local Dutch farmers, along with some fruit scraps, and extracts the natural fructose through a fermentation process. The final result is a calorie-free sweetener without many of the concerns of both sugar and other sugar substitutes.