The blueberry industry in the Coffs Harbour district is just 35 years old and is experiencing growing pains for the first time, hit by drought and less attractive prices. Nevertheless, $350 million worth of revenues are at stake.

After a meteoric rise, with incredible returns off farms sometimes only an acre in size, the business of making a living from the sweet berry has become more like the rest of farming - a bit hit and miss. At Coffs Harbour, encroaching suburbia and competition for land has created squabbles over chemicals and waterways but farmers say the debate is misinformed, with pollution from new housing posing a greater danger to fish than fruit.

Until the Coffs coast received up to 180mm last week some growers in the Woolgoolga area were in real trouble over a lack of stored water on farm for irrigation, and fertigation. Some cut their production bushes to the ground in a bid to save them from drought stress.

At the same time, 40 per cent of employees in the local berry industry are out of work while they wait for rain. Last year's total was just 60 per cent of its average 1600mm, or 900mm at Coffs Harbour airport. Further north at Woolgoolga that total was more like 600mm, says Peter McPherson, president of Berries Australia and Costa's general manager of its berries division.

"This is a really abnormal period in the industry's history," Mr McPherson said. "In the longer term we need to plan for water security. Growers need to look at ways and means to tap into recycled water. It's up the grower to decide if they have enough storage to get through times like this."

For a local industry that delivers $300 to $350 million to the farm gate every year, out of which more than half go to wages, town businesses remain highly exposed to agriculture's bad hand. 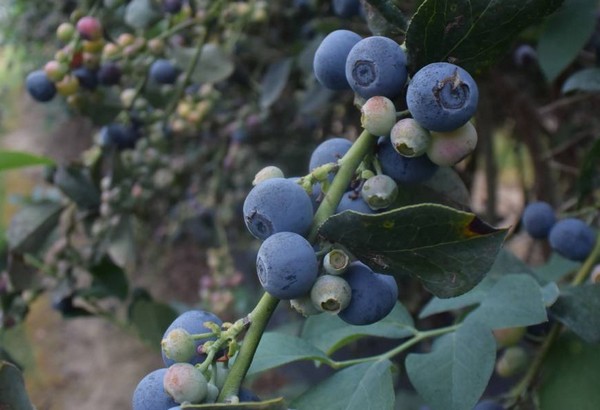 In a bid to assist, the Coffs Harbour City Council recently voted to urgently request NSW Government to alter licence conditions on the dormant Woolgoolga dam to allow nearly half its unused capacity, or 100 mega litres, to be shared equally among needy producers.

However there is an issue with residue salts from chlorine and its use requires careful management. As blueberries are an acid loving plant, sitting comfortably at 5.5pH, aluminium toxicity can rear its problematic head.