"Tan your mushies, not your skin"

Bathing your mushrooms in the sun before eating increases their vitamin D content by nearly eightfold, according to new Hort Innovation funded research that summarises the health effects of the popular fungi.

Dr Flavia Fayet-Moore from Nutrition Research Australia says exposing just five button mushrooms, or one portobello mushroom to UV light for 10-15 minutes produces about 24 micrograms of vitamin D. This translates to nearly 1000 international units, greater than the recommended target for all Australians. 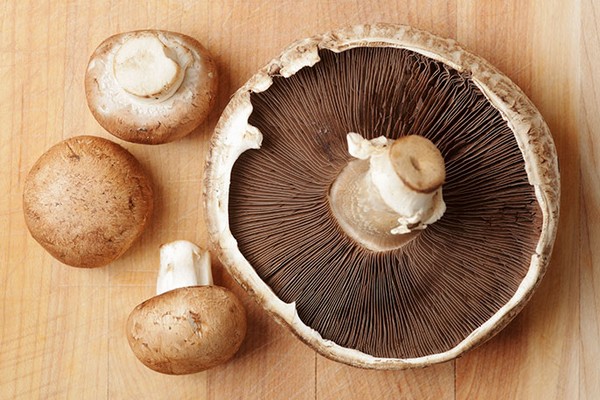 Dr Fayet-Moore said fungi, such as mushrooms, had a high concentration of ergosterol (or pre-vitamin D), which is extremely similar in structure and function to the type naturally found in human skin. And like in human skin, ergosterol is converted to vitamin D when exposed to UV light.

The vitamin D content in UV exposed mushrooms is retained with refrigeration for up to eight days, and production can be further increased by 30 per cent if the fungi were placed in the sun with the underside (or gills) facing up, or by up to 60 per cent if they were sliced prior to sun exposure.

“Vitamin D is unique in that it’s technically not a vitamin and acts more like a hormone. Its primary function is to regulate how the body absorbs calcium, so it’s essential for bone health, but nearly every cell and tissue in our body interacts with it and it influences hundreds of genes."

“Low vitamin D levels are now a global public health issue. Sun exposure guidelines to address vitamin D deficiency recommend that during winter, adults spend up to half an hour in direct sunlight at midday, with face, arms and hands exposed. And in summer, around 10 minutes of mid-morning or late afternoon sunlight, with face, arms and hands exposed is recommended,” she said.

“Given that Australia has one of the highest rates of skin cancer globally, research shows that it is near impossible to meet vitamin D requirements while adhering to sun safe messages. This research offers mushroom consumers another option to meet their vitamin D needs and an easy way to fortify their mushrooms at home with all of the benefits that come with vitamin D.”