"US confronted China on trade but relations are the best ever"

United States president Trump lauded the interim US-China trade deal in his State of the Union address on Tuesday night, calling it a “groundbreaking” agreement that would force China to stop its trade
malpractices.

The deal would “defend our workers, protect our intellectual property, bring billions of dollars into our treasury, and open vast new markets for products made and grown right here in the USA,” Trump said in the annual message delivered by the US president to Congress.

China and the US signed  the so-called phase one trade deal on January 15. In it, China agreed to increase its purchases of agricultural, manufacturing and energy products from the US in exchange for the reduction of punitive tariffs on Chinese products. 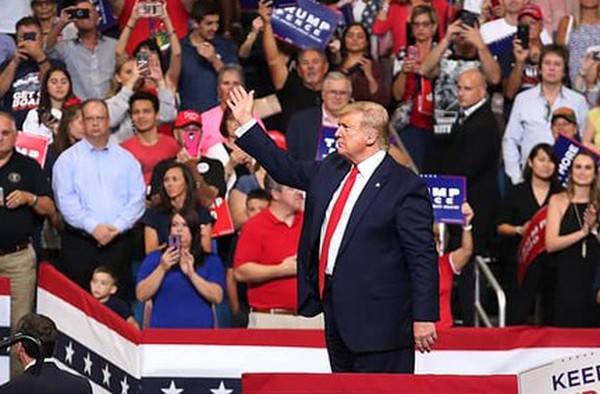 President Trump said his predecessors failed to stand up to China.

Trump said in his address that the strategy to impose tariffs to “confront China’s theft of American jobs” had worked, but that he had developed an improved relationship with China, including with Chinese President Xi Jinping.

“For decades, China has taken advantage of the United States; now we have changed that, but at the same time we have perhaps the best relationship we have ever had with China, including with President Xi,” Trump said. “They respect what we have done because, quite frankly, they could never believe what they were able to get away with year after year, decade after decade, without someone in our country stepping up and saying ‘enough’.”