Yesterday, the World Citrus Organisation (WCO) was officially launched at the international fresh produce trade show Fruit Logistica in Berlin. The WCO is the first global platform aimed at increasing coordination, dialogue and action between citrus producing countries across the world. 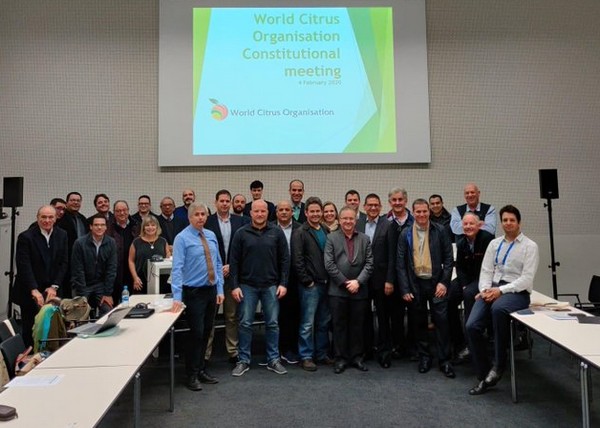 Justin Chadwick: "I am also proud to announce that members unanimously appointed the Citrus Growers’ Association of Southern Africa and the Spanish Lemon and Grapefruit Interbranch Association, AILIMPO, as WCO co-chairpersons for a period of two years."

South Africa, which is a the second largest global exporter of citrus fruit, played a leading role in the formation of the WCO, and through its co-chairmanship, will continue spearheading a new path for the sector where citrus producing countries work together to promote the industry.

During the meeting, all WCO members re-confirmed the mandate of the organisation, which is to:

It was also confirmed that European Fresh Produce Association Freshfel Europe will coordinate and administer the WCO, and that the French Agricultural Research Centre for International Development (CIRAD) would provide expert market analysis and advice on trends for the citrus industry globally.

The WCO’s immediate focus will be to collect the production and marketing data for the industry for this season. A World Citrus Conference is also being planned for either late 2020 or early 2021.

The WCO aims to claw back market share taken by other organised fresh produce sectors. The goal is to get more people to consume citrus – whether that be fresh or processed.

Other citrus producing countries are invited to join the organisation. Private entities interested in the fresh and processed citrus markets can also join by becoming affiliated members of the WCO. An official website for the WCO was also launched this week and can be visited at:  www.worldcitrusorganisation.org.