Feedback being sought on potential changes to Food Standards Code

FSANZ has now published a preliminary position paper and is seeking input to inform their decision on whether to prepare a variation to the Code. Head of Food Safety at PMA Australia-New Zealand Ltd, Deon Mahoney is on the Standards Development Committee and says with a lack of uniform regulatory measures in the sector, there is a need to better protect public health and safety.

"When FSANZ has all the submissions in place and gone through and evaluated them, and summarised the content they will then hold a meeting to look into details of what could possibly be introduced in a new standard," Mr Mahoney said. "They will then go back for a second round of public comment, with a more substantial more finalised proposal. But it is good that we have these initial documents, and we can now start to see some action unfold." 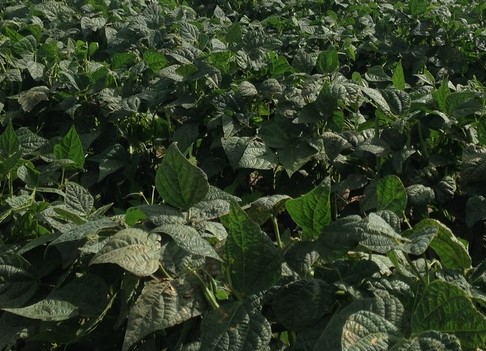 Since 2003, FSANZ has been developing Primary Production and Processing Standards (PPP Standards), to oversee the supply chain from farm to plate. They worked their way through various primary production sectors but realised that any standard for horticulture was complicated, due to the different products and varieties, especially given how quickly products went from harvest to market.

"At the time they decided that there wasn't an overwhelming need to introduce a standard except for sprouts because they are considered to be high-risk," Mr Mahoney. "They (FSANZ) continued to work on this standard until 2015, and then decided that there was no need for a standard, as the industry was managing food safety pretty well. Standards obviously have cost implications, and when they do that, they have to put together a cost analysis to determine whether it will have a net benefit, rather than a cost. Since then, there has been a number of high-profile incidents with horticultural products; we've had issues with fresh-cut produce like lettuce, we had the rockmelon (Listeria) incident, and had issues with imported products as well."

As a result, Australian and New Zealand state and federal government ministers asked FSANZ to go back and look at horticulture again, in terms of a PPP Standards. Mr Mahoney added that in their preliminary findings, FSANZ recommends against the status quo, rather there is a need to introduce some form of control measures. There will be three high-priority areas; melons, berries and leafy vegetables.

"FSANZ has done assessments, looking at domestic and international data," he said. "These are the three products that have caused the bulk of problems. So, there are incidents that reflect that they are high risk. We know the complexities of washing vegetables, the organisms that we are concerned about, get into leafy vegetables. There are also challenges associated with washing and sanitising melons, and berries. There have been lots of incidents in Australia and internationally that have involved foodborne illness because of these three commodity groups."

While the exact direction of any potential regulatory measures will be determined by the feedback received in the submission process, Mr Mahoney suggested Australia could follow the United States, by regulating the quality of irrigation water.

"They're introducing strict measures regarding the use of water on farms," Mr Mahoney said. "Things like leafy vegetables, melons and berries, and they are washed with contaminated water close to the harvest period, there is a likelihood that dangerous organisms may be in the water, if it is not potable water; such as dam water or river water etc. They will remain on those products and in the consumers hand, which could pose a problem, especially where there's no cooking."

Mr Mahoney also stressed the need to make growers aware of the risks when growing horticulture produce, next to animal-based agriculture, due to the potential hazards of dust and manure from farming operations.

Submissions are open until the 18th of March, and feedback is being sought from growers, industry, the retail sector and the public.

Full details may be found at https://www.foodstandards.gov.au/code/proposals/Pages/P1052.aspx