The president of the Association of Fruit Exporters of Chile AG (ASOEX), Ronald Bown, and the general manager of the entity, Miguel Canala-Echeverría, met with Rodrigo Yáñez, undersecretary of International Economic Relations, and Felipe Lopeandía, general director of Bilateral Economic Affairs of the Subrei, with whom they looked into actions aimed at improving the conditions of entry for Chilean fruits into international markets. 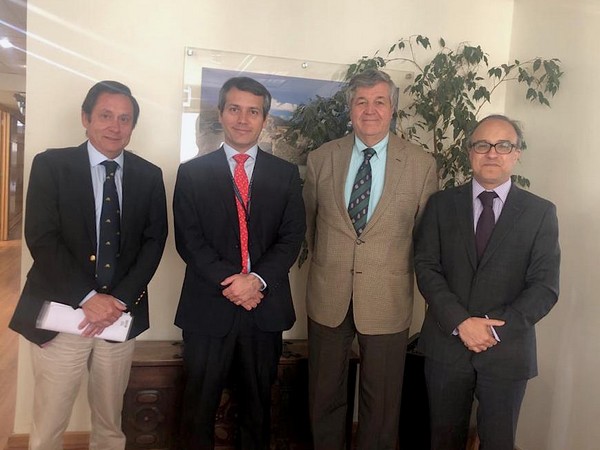 The representatives of ASOEX told the authorities about the need to move forward in improving the tariff conditions for table grapes and oranges established in the Free Trade Agreement signed between Chile and South Korea in 2003. They say that Chilean table grapes enter with a 0% tariff; however, in the period from May 1 to October 31 of each year, it rises to 45%, affecting those shipments that reach the market at that time. For their part, Chilean oranges enter with a 59.4% tariff, since they were left in the DDA category; that is, subject to renegotiation based on the results of the Doha Round; however, this hasn't been done yet, while third countries that signed their FTA with South Korea later than Chile already enjoy better tariffs.

In Indonesia, there is the need to move forward in facilitating the granting of import permits to importers by the Ministry of Commerce of that country, keeping in mind that Chile has a safety system recognized by the Indonesian authorities. Also, in November, the Ministry of Agriculture decided to implement new provisions for the delivery of these documents.

In Vietnam, they said that it is necessary to accelerate the negotiation process for the entry of Chilean cherries, and later of kiwifruit, since Chile can currently only ship table grapes and apples to that market.

Lastly, the representatives of ASOEX asked the authorities to expedite the publication of the norm approved by the US and Chile for the entry, under Systems Approach, of blueberries produced in the Ñuble and El Maule regions. This could entail an improvement in the fruit's condition on arrival to the US market, and therefore, greater competitiveness compared to other origins. In addition, they said they also expect progress to be made in the talks for the implementation of this same mitigation measure for table grapes produced in northern Chile.