After a few weeks of tight supplies, relief in terms of arugula volume is on its way soon.

“Supplies were very tight out west because we had cold weather,” says Nick Marella of CMC Produce Inc. in New Suffolk, NY. “But it appears as though that’s loosening up now. We’re getting longer days and the worst of winter is over in the desert-growing areas. It’s warming up a bit.”

Marella notes that supplies of arugula have been tight for some three weeks now. “December in the desert-growing regions is always a crap shoot. You have short days and it can get cold but arugula likes warmth so it’s not really surprising,” he says. “We should see supplies come on now and you won't see it in the stores for another week at least.”

Meanwhile demand for the leafy green has been greater. “There’s certainly been a lot more demand over the last few weeks for arugula. What we grow is committed to our customers and our customers have been buying it substantially more—the demand has been quadruple what we normally have,” says John Bonner with Great Lakes Growers in Burton, Ohio. “We’re selling every pound of arugula we can grow right now.” 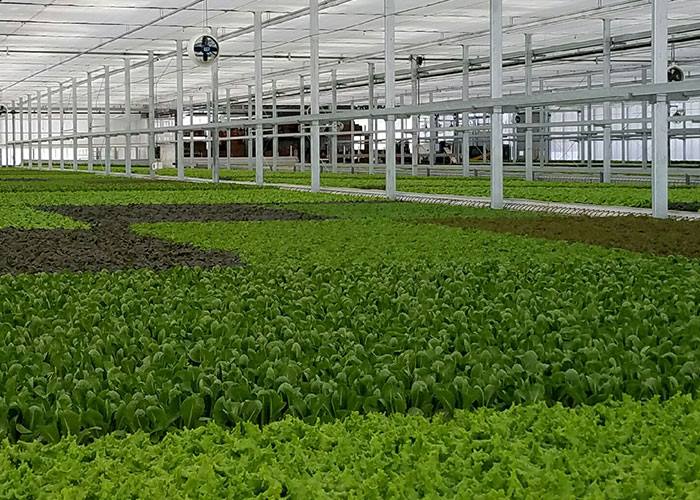 Great Lakes Growers grow a variety of greens including arugula.

Volume building
Great Lakes has been selling large-leaf arugula, which is greenhouse-friendly to grow and has a relatively quick turn around. “And in a few weeks we will have substantial production of the wild arugula which is the smaller serrated leaf,” says Bonner.

Bonner also says Great Lakes will continue with its increases on arugula supplies. “We’re ramping it up anyways because anytime there’s a shortage or a weather event or the CDC recalls something, there’s more demand for a more consistent supply so we’re ramping up based on that rather than short-term events,” he says.

Meanwhile in the marketplace, in those few weeks where supplies were short, prices did go up significantly on arugula—some estimates are between 20-25 percent. Not surprisingly, pricing is predicted to come down likely as more volume comes back on.