First shipment of Taiwanese guava arrives in US

The first shipment of guava from Taiwan arrived in Los Angeles late last month. The shipment of 13 tons of guava took just over 20 days to arrive in the port, having departed Tainan in the south of the country on December 27. An event was held in the port of Long Beach celebrating the arrival of the first container.

"The first official container arrived on January 18, 2020, at Long Beach port," said Elena Kong of Love April, a Los Angeles-based distributor. "This is the very first time guava from Taiwan has been available in the United States. The fruit must undergo cold treatment at 1 degree Celsius as per USDA requirements before arrival in the country. This process generally takes 17 days.

Peak season now
Guava grows in the southern regions of Taiwan, Kong said. Fruit is readily available at any time, as the Taiwanese guava season is all year round. However, the peak season spans from November to April. Kong also shared which varieties are exported, and how the market has responded to the arrival of the fruit. 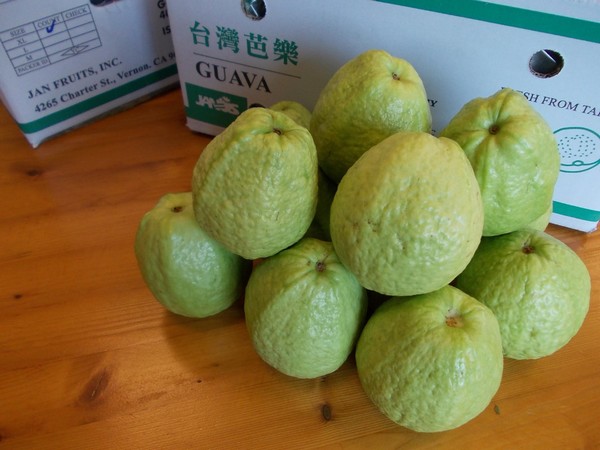 "There are a couple varieties of guava grown in Taiwan, and the most common one is Pearl Guava," she said. "Taiwanese Guava is popular in the Chinese community and these first shipments will be distributed on the US West Coast. Everyone has been waiting for this fruit for a long time, so the demand is very strong! It‘s a healthy fruit which has a lot of benefit for the body. In fact, guava has 50 times more Vitamin C and 2.5 times more dietary fiber than apples."

In addition to guava, Taiwan's fruit exports to the U.S. include lychees, carambola, longans and mangoes. The country is also hopeful of eventually exporting its guava to Europe.