Not just in Sweden but also in Italy the television producers of the popular program MasterChef embrace vertical farming. The Italian version of the television show will feature the Grow Unit of Cefla / C-LED.

The Grow Unit is an indoor growth system for micro vegetables (mustard, rocket, watercress, red radish, amaranth and red cabbage, for example). The pre-sown micro vegetables trays are placed inside the unit and grow thanks to a closed circuit system with automatic lighting, automatic irrigation system, a ventilation system for temperature and humidity control. 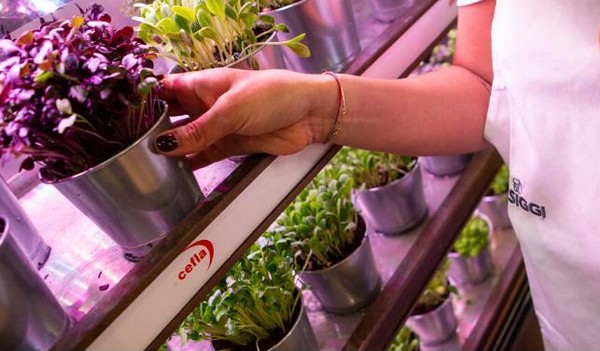 The system was developed by Cefla in collaboration with an Italian university. According to Cefla, it is a corner of indoor nature where you can pick fresh vegetables, from microgreens to herbs.

"The freshness of the hydroponically grown microgreens, the rapid growth speed and the high quality of the greens, all being grown without fertilisers and chemical crop protections are the main features of these instalments", the team with Cefla / C-LED explains. "Thanks to these microgreens, the aspiring chefs can give their dishes an intense taste with vitamins up to 40 times higher than normal vegetables."

Vertical Farming is proving to be a mediagenic topic this year: It was announced last month that the Swedish version of Master Chef will include two Swegreen hydroponic green walls, enabling vertical farming on screen.